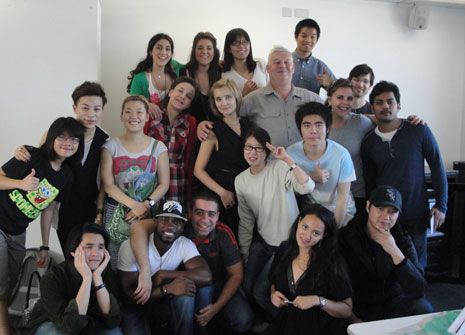 Heartfelt messages have been pouring in to Kingston University following the unexpected death of a popular lecturer and leading design researcher. During more than two decades in education, Ian Noble taught thousands of students, wrote one of the definitive textbooks on graphic design and played an important role in shaping teaching at two of London's largest design schools.

"Ian was a great lecturer and possibly the wisest man I ever knew," one of his former Kingston University Communication Design MA students, Alice Keegan, 23, said. "Whatever you said to him, he'd always come up with something new, something surprising."

Standing well over six feet tall and with a formidable reputation in the world of design, Ian was a big man in every sense. He cut a distinctive figure with his hair swept back in a quiff, blue jeans and brogues. He had a tattoo which read: "The future is unwritten".

Ian was widely published in a number of influential design magazines and academic journals and wrote Picture Perfect - a study of contemporary international illustration released in 2003. He also co-authored several books with fellow designer and friend Dr Russell Bestley. The pair delivered workshops at colleges and universities across Europe and North America and ran their own design group, Visual Research. In 2005, they used the same title for a textbook which rapidly became required reading for students on undergraduate and postgraduate courses around the world. A second edition of the book was published shortly before Ian's death and has been translated into six languages. 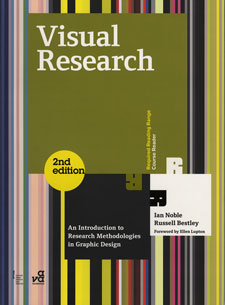 The friends also shared a love of punk, contributing to several journals on the subject as well as being heavily involved in the sub-culture itself. Ian was a leading figure in the charity Strummerville, which supports up-and-coming musicians worldwide and was set up in memory of Clash lead singer Joe Strummer in 2002. One Twitter user reacted to Ian's death by urging his friends to listen to the Clash "loudly and in inappropriate places" by way of tribute.

Ian studied graphic design at Portsmouth College of Art and Design, graduating in 1983. He subsequently worked as art director for titles which included Dogs Monthly, Computer and Video Games Monthly, Best of London Eating, the London Restaurant Guide, Practical Householder Magazine and Prima Magazine. In 1989, he returned to Portsmouth College - this time to take up a teaching post. He lectured on diploma courses and witnessed the college become part of the new University of Portsmouth.

In 2010, Ian took on a new challenge. He was persuaded to move to Kingston University by the then new Head of Communication Design, Lawrence Zeegen, to lead its MA in the subject. Ian took on the role of acting Academic Director of Communication Design at Kingston last summer. He also worked as an external examiner for the Royal College of Art, Goldsmiths and Central St Martins and was chief examiner for Glasgow School of Art. 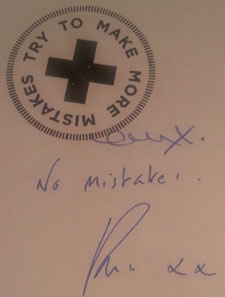 "Ian's links with design courses, design schools, colleges and universities nationally and internationally were both far-reaching and deep-rooted," Mr Zeegen, now Dean of the School of Design at the London College of Communication, said. "He played an enormous part in the education of many, many graphic designers - students, practitioners and academics - and an extremely active role in the field of communication design research."

Ian had a clear vision of the purposes of postgraduate study. In 2012, he collected images of his students' work in a book entitled Really. In the introduction, he described MA design as "a problem-finding activity", adding: "The purpose of the MA research question is to get a better research question - to achieve a better understanding of what is possible, effective and appropriate". One former student recalls that, when asking him to autograph a copy of Visual Research, he produced a stamp reading ‘Try to make more mistakes'.

An accomplished speaker, Ian delivered keynote addresses at events including the D&AD President's Lecture with Ken Garland, the Design Thinkers conference for the Society of Graphic Designers of Canada in Montreal and at London's Design Museum. He was also in much demand as a writer, called upon to share his views in leading design journals Eye magazine, Varoom and Grafik among others.

Ian's work featured in such exhibitions as ‘design beyond design' at the Jan van Eyck Academie in the Netherlands and Declarations of Interdependence at Concordia University in Canada, while his posters have been exhibited as far afield as Ningbo in China and the Warsaw Poster Biennale. A collection of his poster work is kept in the permanent collection of the Museum of Decorative Arts in Hamburg, Germany, and, through his design practice, The Office of Ian Noble, he produced a wide variety of graphic work for clients across the United Kingdom.

He also collaborated on exhibitions and publications with many artists, designers and photographers, including Turner Prize nominee Catherine Yass, photographers Mark Power and Roger Hutchings and award winning Chinese artist Zhao Bandi. He also made a key contribution to a publication charting the history of British design group 8v0 entitled On the Outside.

Ian leaves his wife, Susan, and children, Audra and Eugene. An online book of condolence has been set up for friends and fellow designers to share their memories of Ian. 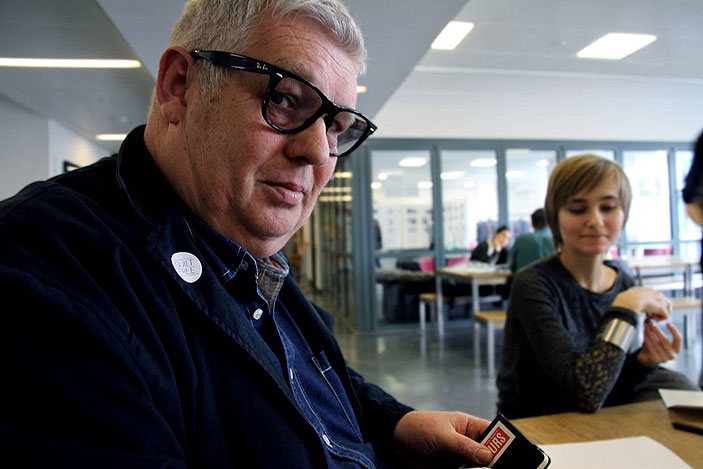