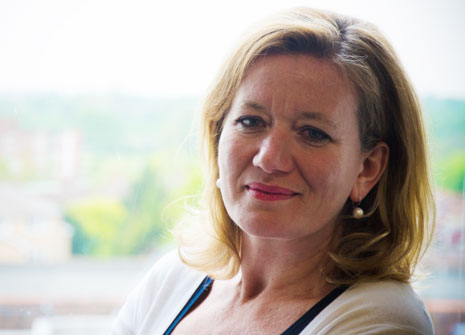 Research conducted by a team of experts that included a Kingston University professor could help provide information to government ministers investigating ways to manage the country's badger population.

Professor Andrea Petroczi and research student Saira Khan, from the School of Life Sciences, and colleagues from Bangor University and the University of Kent used tests that reveal, for the first time, that an estimated 10 per cent of farmers admit to illegally killing badgers.

At the end of last year, the Government announced it was postponing a planned badger cull designed to stop the spread of tuberculosis among cattle following a wave of protests from animal welfare campaigners. The team believes its findings could have an impact on the controversial debate because the level of illegal killing - which has the potential to spread tuberculosis - has not previously been taken into account.

The research, funded by the British Academy, worked on the premise that getting reliable information on sensitive issues such as admitting to an illegal activity like killing badgers is difficult through direct questioning. "People may not be willing to disclose this information unless it is absolutely safe for them to do," Professor Petroczi said.

Using a method, known as randomised response technique (RRT), the research suggested that one in 10 of 428 Welsh farmers interviewed could have illegally killed a badger during the previous year. Under RRT, the farmers were asked to roll two dice before answering questions about badger killing. The result of the throw was not revealed to researchers. However farmers were asked to answer differently depending on the total score. If the sum of the dice equalled five to 10, they were asked to answer truthfully, if the sum ranged from two to four they were to answer ‘no' and 'yes' for sums of 11 or 12, irrespective of the truth. This approach helped protect the participants and researchers because a ‘yes' did not necessarily mean the farmer concerned had committed an illegal act.

Two other methods - known as the Implicit Association Test (IAT) and Projective Questioning - strengthened the findings of the RRT tests. "Consciously-held thoughts constitute only a small window into people's minds," Professor Petroczi explained. "Implicit associations, which we also measured in this research, are automatic processes outside people's conscious control and they reveal important aspects of people's thought processes that are inaccessible through direct questions."

"We were also able to tap into people's inner thoughts using projective questioning, which involves asking respondents about others' behaviour instead of their own," Professor Petroczi explained. In this instance, respondents were asked how many farmers out of every 100 they thought had controlled badgers by killing them in the past 12 months. The average estimated figure was, again, around 10 per cent. "Those who commit a socially questionable behaviour tend to overestimate the prevalence of others doing the same, and vice versa," Professor Petroczi said. "Even if it is not linked to the actual behaviour, this can be a trigger. So, if farmers believe that killing badgers is common, then an individual may be more inclined to do so in the future."

The Department for the Environment, Food and Rural Affairs believes a badger cull is needed in England to halt the spread of tuberculosis in cattle. It cites a nine-year trial which showed 70 per cent of badgers in an area needed to be killed to - any less and the disease could spread. In Wales, the Government has introduced a vaccination programme while Scotland is officially free of tuberculosis.