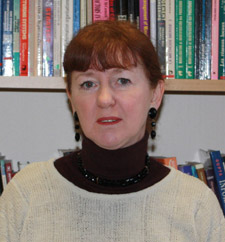 A test that could help identify the next generation of Sir Alan Sugars and Deborah Meadens has been devised by an academic at Kingston University in South West London. As well as spotting students who are more likely to start their own business, the Attitudes to Enterprise test also aims to find out which young people show a flair for enterprise, whether as Simon Cowell style media entrepreneurs or through running their own community project.

Researcher Rosemary Athayde of Kingston's Small Business Research Centre developed the test to find budding business leaders among school pupils aged 15-18 and to evaluate whether schemes for young entrepreneurs had any impact on pupils' ambitions. She has also adapted the test to suit undergraduates.

"The test I've developed is really about measuring enterprise potential in young people," she said. "Being creative and intuitive, showing good leadership skills and having a desire to achieve are all characteristics that show an individual is more likely to set up their own enterprise," Ms Athayde said. 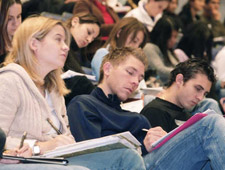 The test, which has been used in the UK, Australia and South Africa, includes 30 questions assessing pupils' intuition, creativity, leadership skills and desire to achieve as well as the amount of control they feel they have over their future. Ms Athayde has also added six questions on attitudes to risk-taking for a new version of the test aimed at undergraduates which is currently being used by eight London universities, as well as the University of Zagreb in Croatia, and Kettering University in Michigan, USA. Both the school and university tests have a second section which asks the respondents' ethnic group, gender, parents' occupation and whether anyone in their family has ever owned a business.

The test was developed through four studies involving 18 secondary schools and almost 1,000 pupils aged 15-18. One study compared a group of pupils taking part in a Young Enterprise programme with a control group that did not take the programme. The study found that the enterprise programme improved pupils' attitudes to self employment. Overall the studies revealed that boys, private school pupils and young black people were more positive about self-employment than other groups. Ms Athayde said: "It's generally self-confidence that gives pupils that extra enterprise potential but the key point is that the test needs to be seen in the context of pupils' background and culture." She hoped the findings would persuade enterprise programme providers and the government to give more thought to how and where enterprise programmes are delivered.