Research finds communicating risk can be a risky business 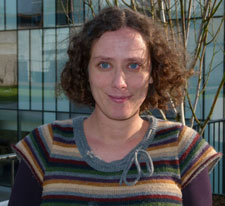 How people perceive what they are told about risk depends on what the listener believes the speaker's intention is. They may perceive the speaker as simply stating a probability, or they might feel they are trying to be tactful or attempting to avoid blame.

The research, carried out by Dr Marie Juanchich, from Kingston Business School and Dr Miroslav Sirota from King's College, London, involved 943 people who took part in a number of experiments to determine how people respond to risk communication. The study was published in the journal Organizational Behavior and Human Decision Processes.

One example of risk communication used in the research related to a doctor giving a patient a diagnosis using the words, ‘It is possible that you have cancer'. The study concluded that the patient would believe the doctor was 45 per cent certain of their cancer if they felt that he or she was being honest. However if they thought that the doctor was trying to be tactful, the likelihood of cancer rose dramatically in the patient's mind to 65 per cent.

"Good communication can only be achieved when there is a match between the intention of the speaker and the recipient's interpretation," Dr Juanchich, who led the research, said. People were often not actually aware of a gap between these two aspects, she explained, and individuals who were communicating risk daily in their job needed to remember this. "If you are on the receiving end of a risk communication and you become conscious of a discrepancy, you should ask for clarification by, for example, saying, ‘Do you really think that cancer is only a possibility or are you just trying to soften the blow for me?'" she said.

Dr Juanchich found that participants in the research were three times more likely to believe that a speaker using the word ‘possible' was trying to cover his or her back than they were to think the word was being used as a way to protect them as the recipient.

The research team hopes the findings will alert people to the difficulties with risk communication which in turn will help protect experts who are communicating risk from having what they say misconstrued. The verdict of manslaughter for the experts who assessed earthquake risk in L'Aquila in 2009, for example, highlighted the need for stronger evidence-based risk communication guidelines, according to Dr Juanchich.

"If these guidelines had been established and followed, experts could possibly have communicated the earthquake risk more appropriately to the citizens of L'Aquila and so later would have benefitted from legal protection." Dr Juanchich said. "When talking about whether there would be an earthquake, the experts used terms such as ‘unlikely' and ‘very improbable' which suggested a decreasing risk and as a result people stayed at home and many of them died," she said. "Generally speaking - although this may not have been either possible or appropriate in the L'Aquila case - it is better to use numerical probabilities, such as ‘a 40 to 60 per cent chance' or a combination of words and numbers." Although these were still not a failsafe and could be misconstrued, they were usually more accurately interpreted by the listener, she added.