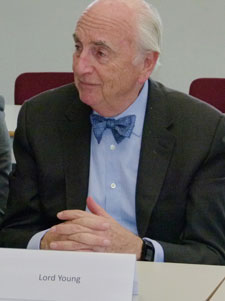 The Prime Minister's adviser on enterprise, Lord Young of Graffham, has stressed the economic importance of doubling the number of new businesses starting up across the nation. His comments came during a Kingston Business School visit to discuss ways small firms could benefit from tapping in to academic expertise.

Lord Young, who is currently preparing a government report examining how the economy could be boosted by further support for small business growth, spearheaded the launch of the new Start-Up loan scheme for under-25s in 2012. There had already been an enormous demand for the loans since the initiative was unveiled, with the average amount borrowed currently standing at approximately £4,000, he said. This was a modest but vital sum and had the added advantage of giving entrepreneurs access to a business mentor to help turn business ideas into reality. "Around two or three hundred businesses a week are starting and we hope to double that. The pattern of the future is definitely going to be small firms," Lord Young said. He pointed out that very little money was usually needed to start such ventures. "Nowadays, with advances in technology, people can do much of their business from a smartphone," he said.

Lord Young added that he was extremely keen to see business schools integrate even more with small and medium-sized enterprises (SMEs) in their cities or regions. "For many small and micro firms a key area in which they can improve is their capability and skills, using external help and advice to help them grow. This is why I have asked the Government to put in place a new £30m Growth Voucher programme to help these businesses unlock their potential. I think business schools are the natural home for them to receive help and support. At the same time, I'd like to find ways in which undergraduates can spend time with small firms in their surrounding areas." 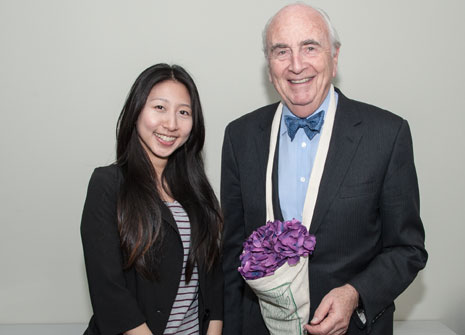 Lord Young used his visit to the Business School's Kingston Hill campus to discuss his forthcoming report Growing Your Business and other ideas with senior academics. Among them were the Dean, Professor Jean-Noel Ezingeard, and Professor Robert Blackburn, who heads up Kingston's Small Business Research Centre and has recently served as specialist adviser to the House of Lords committee on SMEs and exporting. "It was encouraging to hear Lord Young reiterate his thoughts on the way forward," Professor Blackburn said. "The fact he wants to encourage closer relations between small and medium sized enterprises and business schools is welcome, especially for Kingston where we are at the forefront of research and innovation in this field."

Lord Young also made the most of a first-hand chance to see some of the latest inventions and business ideas devised by students from Kingston Business School's MA Creative Economy programme. Fresh from their success in the Westfocus Bright Ideas competition, open to budding entrepreneurs from seven universities across London, the students unveiled award-winning projects such as the Pozzy reusable flower carrier.
"He seemed very enthusiastic about our concept," 24-year-old MA Creative Economy student Celia Small, who helped devise a reusable label called Jabels, said. "I think it's really important that people in such influential positions are able to relate to the business ideas that are being developed by a new generation of entrepreneurs as they will be a big part of how Britain's economy moves forward."

Lord Young's final report had been due to be published next week but, because of the death of Lady Thatcher, will now be released in May. 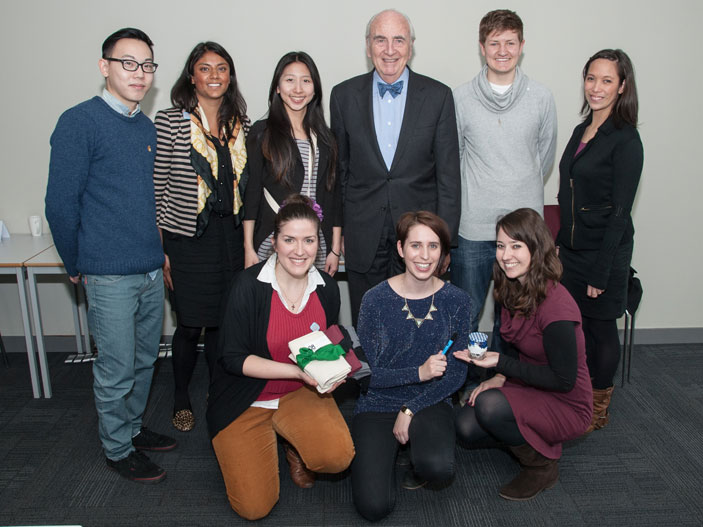