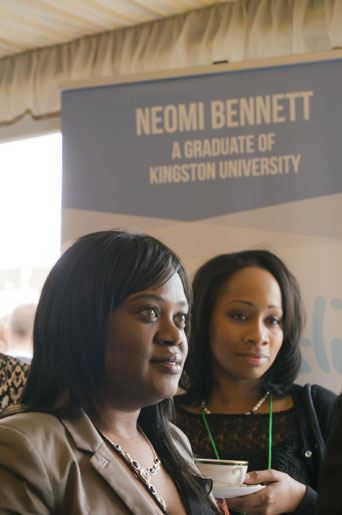 A business-minded nursing graduate and single mother-of-three has taken centre stage at the House of Commons during the launch of a national campaign aimed at securing greater government support for aspiring entrepreneurs. Neomi Bennett, from Earlsfield, South London, developed a life-saving aid for people with mobility problems while she was a nursing student at Kingston University and St George's, University of London. She now sells the award-winning product around the world.

Her success was highlighted at a Parliamentary event on 16 April, where Vince Cable, the Secretary of State for Business, Innovation and Skills, addressed an audience of graduate entrepreneurs and university enterprise staff.

Neomi said it had been an honour to be invited to take part in the showcase. "It's tough running a business so it was so good to be appreciated and to feel that people were listening to some of my concerns. I told Vince Cable that there were a lot of barriers to getting my product into hospitals and was encouraged to hear from him that a new scheme aimed at making it easier for universities to introduce ideas into the NHS was going to be launched soon."

Neomi said support from mentors at Kingston University and elsewhere had been crucial in turning her invention, which consists of a slippery inner sock that helps users put on anti-embolism stockings, into a thriving business. "A major challenge was my lack of business knowledge but Kingston University's enterprise team filled in the big gaps," she said. "They talked me through all the basics - from invoicing to working with distributors, incorporating as a business and legal issues."

The University had also put her in touch with other graduates running businesses in areas such as information technology, marketing and web design who helped develop her product, known as Neoslip. "As my company grows I'm keen to keep working with graduates and to keep manufacturing in England as my way of supporting the economy in my own country," she said.

Neomi created the Neoslip after finding out that approximately 25,000 people a year die from deep vein thrombosis, often because they have difficulty putting on the stockings which help prevent blood clots known as emboli forming in the legs and travelling through the body. "I didn't set out to become a businesswoman - first and foremost I'm a nurse," she explained. "It's amazing to think that the Neoslip has gone all the way from being an idea in an essay to being used and maybe saving lives in the United Kingdom, United States, Canada and Germany."

After graduating two years ago, Neomi worked full time as a nurse but has cut back to one day a week to concentrate on the business. "It was big risk but knowing that it was sink or swim and that I had to make enough money to support my family really pushed me to make the business a success," she said.

Neomi has now notched up 11 awards for Neoslip and last year was even invited to 10 Downing Street to talk to Prime Minister David Cameron about her work. "It's been a life-changing experience," Neomi said. "And it's not just my life that's been changed - my eldest child, Tashan, has followed my example and is now at university and the younger two, Meshack and Indiyah, want to go as well."

Neomi is on the books of the University's Enterprise Europe Network (EEN), which helps small and medium-sized companies develop contacts in the European Union and beyond. The EEN has a budget of €500,000 over the next two years to help its clients - who need not be Kingston graduates - to form international partnerships.

She has also received a helping hand with some of Neoslip's start-up costs thanks to a grant from the Lebara Group, co-founded by Kingston aerospace engineering alumnus Yoganathan Ratheesan. Lebara is providing £8,000 a year over a three-year period to support entrepreneurial Kingston University students and recent graduates.

Neomi now plans to develop more hospital-related products, combining her passions for nursing and entrepreneurship. Her experience is one of 10 graduate stories being highlighted by the University Alliance and NACUE to promote their campaign, "Start-up: a story".

The University Alliance, which represents higher education institutions committed to innovation and enterprise, and the National Association of College and University Entrepreneurs (NACUE), a charity that works with university enterprise societies, organised the House of Commons event to launch their drive for improved support for graduate businesses. The two groups want Ministers to widen access to and increase funding for loans and other support.

Hushpreet Dhaliwal, NACUE's Chief Executive , who also has strong Kingston connections after graduating from Kingston Business School with a BA (Hons) in International Business in 2009, said it was important to look at new and innovative ways to support graduate entrepreneurs. "Using and promoting empty properties and spaces for the use of graduate businesses is just one of the many ways we can nurture local start-ups," she added.

Across the United Kingdom, turnover from graduate start-ups doubled between 2008 and 2010 to more than £270 million. 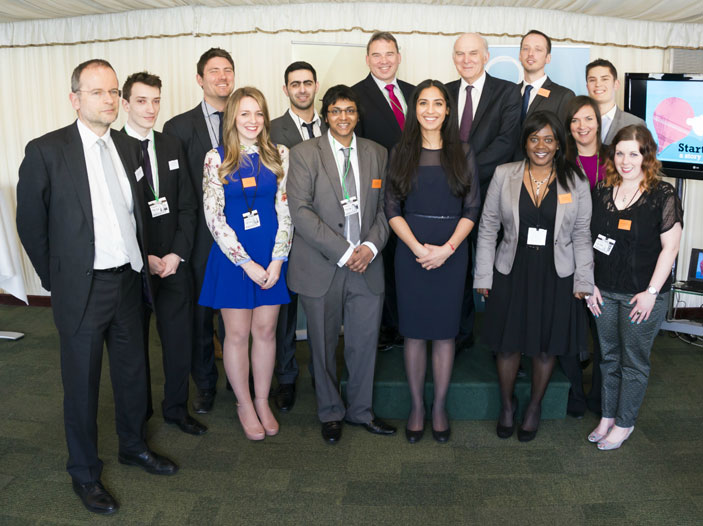