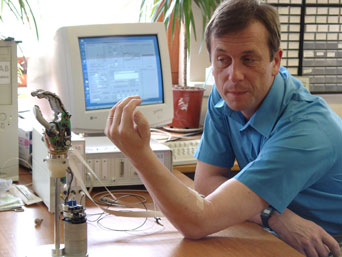 An academic who became the world's first cyborg - part human and part machine - when a device was implanted into his arm was in the spotlight at a Kingston University-organised Café Scientifique session on 30 April.

Kevin Warwick, professor of cybernetics at the University of Reading, revealed how humans could improve their abilities, particularly intelligence, with implants turning them into cyborgs. Such is Professor Warwick's dedication to his subject that, in 1998, he underwent an operation to surgically implant a silicon chip in his forearm that allowed him to operate doors, lights and computers without touching them. A later experiment looked at how a new implant could send signals between his nervous system and a computer, while a more recent trial involved putting a chip in his wife Irena's arm to see if he could transmit movement, thought and emotion to her using a computer.

Professor Warwick was the first speaker from outside Kingston University to host the monthly Café Scientifique event, which gives members of the public a chance to debate advances with experts in an informal session away from laboratories and lecture theatres. He said his work had a practical application helping people with disabilities regain control of their limbs or senses but said everyone could potentially stand to benefit. "In the first instance these developments may have military uses or appeal to ‘geeks' who simply like to be the first to try something new, but there's a need for people in general to accept what's available and move the parameters in their minds about what's possible," Professor Warwick added.

He dismissed suggestions that his research was gimmicky or went against the laws of nature. "It's science, not science fiction," he stressed. "We wouldn't fly, drive cars or take aspirin if we didn't like messing with nature. This is just a different example of that - it's very exciting to look at the possibilities for improving our range of senses."

Café Scientifique has spread to more than 40 towns and cities around the United Kingdom since it started in Leeds in 1998. The idea is based on Café Philosophique, which philosopher Marc Sautet launched in France in 1992. 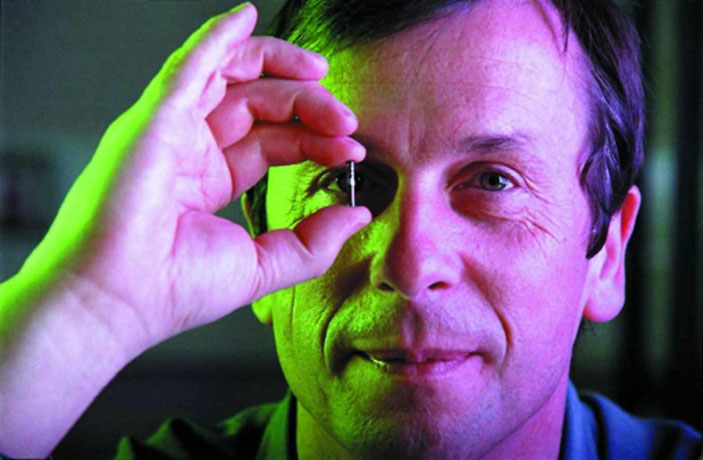