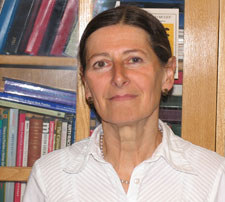 Britain's current economic woes are putting vulnerable children and families under growing pressure and social workers have a crucial role to play in helping them cope, according to a senior academic from Kingston University and St George's, University of London.

Professor Hilary Tompsett, from Kingston and St George's Faculty of Health, Social Care and Education, was speaking after joining the governing board of the new College of Social Work. A registered social worker with more than 25 years' experience specialising in children and families, mental health and older care as both a practitioner and educator, Professor Tompsett was one of four new board members chosen by the College in its first elections in February.

"With more and more people affected by the recession, austerity measures and substantial cuts to public services, many families are facing increasing hardship," Professor Tompsett said. "Social workers support people who are already amongst the most vulnerable in society - parents who have lost their jobs or had their working hours cut, families living in damp or cramped housing, older people who can't afford to heat their homes. Poverty exacerbates all these challenges and squeezes people who are already living on the margins." Families finding themselves in ever-more precarious situations were likely  to increasingly rely on food banks and other crisis support mechanisms, experience growing isolation and loneliness and even face an increased risk of children being taken into care, Professor Tompsett said. 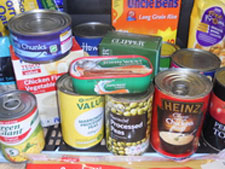 One of the main challenges going forward, as workloads increased and the workforce shrunk, was to find ways to prevent burn-out and support social workers to stay in jobs, Professor Tompsett added. The public had a somewhat ambivalent relationship with the profession, so speaking out on behalf of social workers to raise understanding of their essential work supporting people in crisis, as well as lobbying politicians for more support and funding to enable them to do that job effectively, was also vital, she said.

"I hope social workers will be proud to be members of their profession and of the College of Social Work and, like me, see that the best way to have an influence on the future of the sector is to get involved in shaping its future," Professor Tompsett said.

A former head of the Faculty's School of Social Work, Professor Tompsett has recently stepped aside to focus on her role as a researcher and professor of social work. As chair of the Joint University Council Social Work Education Committee, which represents universities offering social work education, she has contributed to numerous government working parties, parliamentary select committees and national social work reforms. She was previously involved in overseeing the regulation of social workers in her role as vice-chair of the General Social Care Council and has continued that work in her recent appointment to the Health and Care Professions Council's Education Committee. Her research interests are in inter-professional practice, child care policy and decision making and she recently led a government-funded project on conflicts of interest for GPs when safeguarding children.

The College of Social Work was set up in 2010 as part of the reform of the profession recommended by the Government's Social Work Task Force. The four new board members - Professor Tompsett, Jennifer Bernard, Gillian Leake and Ken Terry - are all qualified senior social workers with many years' experience and will sit on the board for the next three years.

Board Chair Jo Cleary said it was an important moment in the development of the organisation. "The calibre of all the candidates who put themselves forward for election was very impressive and the leadership of the College will benefit from the breadth and depth of knowledge and expertise that these new members will bring," she said.