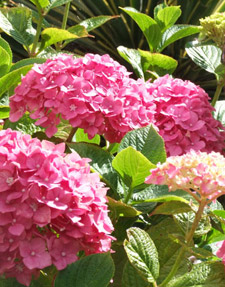 Research by a team at Kingston University reveals that, despite concerns that 'garden grabbing' is on the rise; the likelihood that the developers will be moving into a garden near you is not increasing. According to the research, in most places you are no more likely to look over your fence and see a block of flats emerging from your neighbour's rose beds now than you were in 2003.

The study by Professor Sarah Sayce, Head of the School of Surveying and Planning at Kingston University showed that nationally there had been no significant increase in garden developments between April 2003 and March 2008. Professor Sayce led a team of researchers who looked into the scale and type of garden development across the country, and asked whether local planning authorities regarded building in back gardens as a significant problem within their area.

Slightly more than one third of local authorities who responded to the survey perceived garden grabbing to be a problem, although the picture was extremely varied across the country. In some areas where there was little other land for development, building on gardens could be the only way for local authorities to reach their housing targets, Professor Sayce explained. "There has been no significant shift from house to flat building in garden space, with the exception of London, and location, type of local authority and local planning policy all play a part in determining whether garden developments are seen as a problem," she said.

All 363 local planning authorities in Britain were approached for their views in the first phase of the research, which was commissioned by the Department for Communities and Local Government. Of the 127 authorities who responded, 'garden grabbing' was of greatest concern in the south-east, although London and the west-midlands also felt it was an issue. 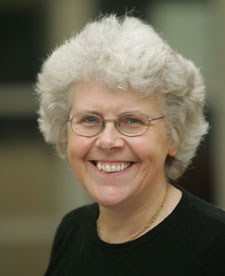 Large urban and significant rural authorities were most likely to highlight residential garden development as a problem, with most concern coming from the more rural areas. Professor Sayce said that it was perhaps unsurprising that apprehension was highest in the countryside. "This kind of building work is more likely to be seen as problem where there is not much other land available for development, therefore mainly in rural areas on the edge of greenfield sites," she said. "Our research also shows that garden development presents fewer challenges to authorities that have tight local planning policies. Rural authorities tend to have fewer planners and resources are more likely to be stretched, leaving less time for policy development."

The research was published last week by the Department for Communities and Local Government.  Housing and Planning Minister John Healey said: "Over time, so-called garden grabbing can change the look and feel of a community without giving local people a choice, so it is good news that councils have told our independent experts that it is not a problem in most areas. I am determined to keep it that way and to see tougher action in a small number of hotspots.

"For my part, I am changing the official guidance for planners to make it crystal clear that previously developed or former garden land is not necessarily suitable for development, and that the impact on the surrounding area should be considered."

Professor Sayce and her team found that whether garden developments were appropriate depended on a complex set of inter-related factors. They could help to meet local housing need, particularly in areas where there was little other suitable land, and enabled residential building where there was existing infrastructure. The sites were often small, so particularly suitable for local developers who employed local people. However, building on garden land could lead to increased building mass, loss of character, increased population density and a range of environmental concerns caused by loss of green space.

These, sometimes contradictory, issues presented real challenges for the sustainable development community, Professor Sayce said. "There are complicated considerations surrounding issues such as the right to decent homes, population density and associated demands on services, the loss of habitat, biodiversity and other environmental issues such as flash flooding," she added. "These are the sorts of conflicts we face as we try to decide what we mean by sustainable development. Whilst our research has started to look at some of these issues and what they might mean for planning policy, there is a need for more investigation at local level as the issues vary greatly."