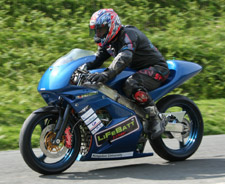 Kingston University's success in a prestigious environmental competition will be remembered for years to come when the prizes - apples trees - are planted. University staff were involved in four of the winning projects at the annual Green Guardian awards, which aim to find the borough's best green developments.

An electric, clean-emission motorbike designed by senior lecturer Paul Brandon and six students from the Faculty of Engineering won the award for best green concept. The Sustainability Hub, which acts as a focal point for all aspects of sustainability within the University, was highly commended in the same category.

Transition Town Kingston, a community group which works with local government, schools and others to reduce the town's carbon emissions, was named the best green project. The group was co-founded by Elise Toogood, an Outreach Officer for the Sustainability Hub, and other university staff are also involved.  A year-long project to help older householders reduce their carbon footprint conducted by a team from the School of Surveying and Planning was highly commended. 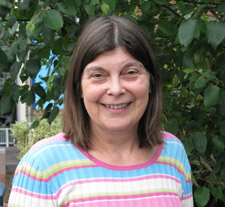 Ros Taylor, Sustainability Hub director, said the University's awards were an acknowledgement of the breadth and depth of Kingston's sustainability work. "It's also good to see that the projects all involved the community; the university has a role as a focus and to give leadership on environmental issues," said Dr Taylor.

Paul Brandon said he had been pleasantly surprised to be nominated and even more surprised to win the electric motorbike's first award. "It's nice to have the recognition for the huge amount of work that's gone into the bike," he said. "Staff and students worked late nights and early mornings to get it done and we got cash and parts from industry without which the project would not have come close to being finished so quickly."

The winners and commended projects each received a Cox's orange pippin tree at a ceremony at the Rose theatre. One of the trees will be planted outside the Town House at the University's Penrhyn Road campus in a new community garden and another will be planted at the Roehampton Vale site, where the Faculty of Engineering is based. Mr Brandon said: "I'm not sure exactly where we're going to plant our tree but I've got this romantic image of students reaching up for the apple of knowledge and being inspired in the same way that Newton formed the theory of gravitation by watching a falling apple."

Yamuna Kaluarachchi, principal investigator, said that a free booklet and leaflets had been produced as a result of her team's investigation into how older people could reduce fuel consumption. "The feedback we've had suggests that the project has been a success - older people are changing to energy-saving bulbs, using their cars less and insulating their homes," said Dr Kaluarachchi. "I'm particularly chuffed with the award because it recognises a project that has immense benefits both for older people and for the environment."

Kingston Council's Carlos Queremel, the event's organiser, congratulated the Kingston University winners. "The success of the awards was a fantastic demonstration of the valuable contribution Kingston's residents, businesses, schools, community groups and organisations have to offer in order to move towards a more sustainable lifestyle," he said. "If others follow these commendable examples it can only result in a happier and healthier community."