Rebuilding a life through sport 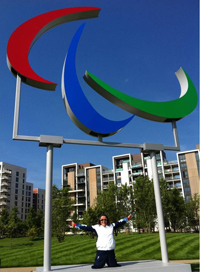 Kingston's Sports Performance Awards were kicked off in inspirational style with a talk from Martine Wright. Martine lost both her legs above the knee in the 7/7 London bombings, but used it as a reason to turn her life around and competed as vice-captain of Team GB's women's volleyball team at the 2012 London Paralympics.

She said: "I can't describe my feelings when I first looked down and saw that I'd lost my legs. Then one day I was taken to the rehab gym for the first time and I met other survivors of the bombings as well as other amputees. That was when I found out that 52 people had died that day and I was the worst injured survivor. I decided to pull myself together and instead of thinking 'why me', just get on with it. I didn't die, I was lucky. That's the day I decided I would walk again."

After a year in hospital healing and learning to walk with prosthetic legs, Martine finally left to go and live with her mum and then promptly set about trying to leave again.  She went to South America to learn to fly a plane then learnt to ski again, as a disabled person. Later she tried sitting volleyball for the first time and was hooked.

Martine claims that sport has played a huge part in rebuilding her life. "Sport has given me a goal and a dream again. It's got me fit, given me back my self-esteem and allowed me to travel and meet new people. I was able to work as part of a new team, and to have the honour of representing my country at London 2012.

"When I rolled onto the field during the opening ceremony I wasn't there just for me, I was there for my teammates, my family, my friends and the doctors and nurses who put me back together. And I wear the number seven in honour of everyone involved that day."

After her inspirational talk Martine presented members of Kingston Sports Performance Programme with their Kingston jackets and certificates, a celebration of sporting excellence here at the Uni.

Find out more about Martine's journey. 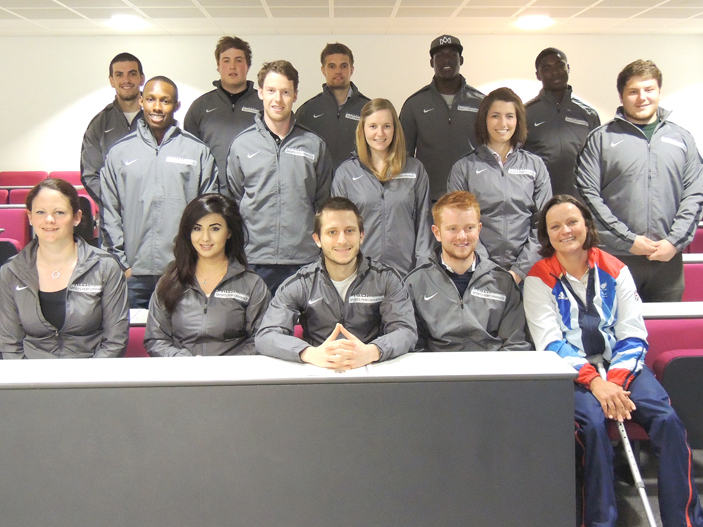