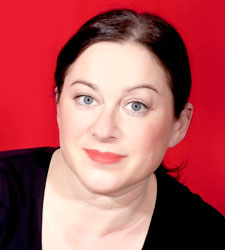 A survivor of the 7/7 terrorist attacks in London has been honoured by Kingston University and St George's, University of London. Gill Hicks, who lost both legs in the disaster, was made an Honorary Doctor of Science by the Faculty of Health, Social Care and Education in recognition of her determination to overcome her injuries and her work raising awareness of disability.

On the morning of 7 July 2005, Ms Hicks was a passenger on a Piccadilly line train on her way to work at the Design Council. Unbeknown to her, 19 year old Jermaine Lindsay had also boarded the same carriage and moments later, detonated a bomb that killed 26 people and seriously injured many more. An hour passed before a barely conscious Ms Hicks was rescued from the tube tunnel and taken to St Thomas' Hospital - the last person to be pulled alive from the train. Her hospital identification wristband read 'One unknown - estimated female', a chilling indication of the extent of her injuries.

Ms Hicks admitted she hadn't always found it easy to stay focused and positive in the face of her injuries. She has had to come to terms with the fact that she will never completely recover and, instead, refers to her situation as a journey in which she has to constantly adapt, adjust and accept.

She attributes her ability to overcome adversity to the team in charge of her rehabilitation who knew exactly how to motivate her. "They were the perfect people for me. They were with me every step of the way, knowing when to hold my hand and perhaps, more importantly, when to let go," she said. "My motivation was very clear - I wanted to walk again, I wanted my life back. This was the greatest challenge I had ever faced - both a physical and mental mountain and I wanted to see what I was made of, if I had the courage to trust and believe in myself enough to stand, to balance and to walk again." Just one month after being admitted to hospital she was fitted with her first prosthetic leg.

Dr Iain Beith, Head of Rehabilitation Sciences at Kingston and St George's, said the way Ms Hicks had approached rebuilding her life demonstrated the importance of patients being fully involved in managing their conditions and being given the opportunity to set their own goals. "The courage and perseverance Gill has shown throughout her rehabilitation are inspiring. From the very outset she has been determined to push herself towards living as normal a life as possible, despite suffering life-changing injuries," he said. "MAD for Peace - the charity she founded in the wake of the London atrocities - encapsulates the essence of that resolve to make the best of what happened and her dogged drive not to let it get her down. Such tenacity and persistence can help the journey towards recovery immeasurably."

Ms Hicks said having targets to focus on, both large and small, was vital to offer purpose to the process of rehabilitation. "Setting and achieving goals also offers a measure of accomplishment. With achievement comes confidence and with confidence you can reach further goals - it becomes a positive cycle," she added.

Ms Hicks founded the charity MAD for Peace in 2007, drawing on her background in the creative industries to develop an organisation to inspire people to make a positive difference in the world through their daily actions. In 2008 she published her autobiography, One Unknown, and was awarded an MBE for her charity work the following year. She moved back to her native Adelaide in Australia in 2012, after more than two decades living in London and gave birth to her first child, Amelie, in January this year.

Finding words to even begin to express her gratitude towards all those who saved her life and taught her how to walk again was a near impossible task, Ms Hicks said. "No one ever gave up - all it would have taken was for just one person to not give their all and my story would be a very different one," she said. "I never forget for a moment just how fortunate I am to have my life. When I am challenged or face a personal hurdle I remind myself that being alive means being able to feel - and that is the full spectrum of pleasure and joy as well as pain and discomfort," she said.