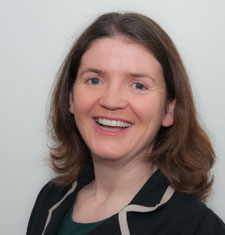 Three students from Kingston University and St George's, University of London, have made it through to the finals of annual awards presented by one of the country's leading nursing magazines. Sonia Easton, Kate Cunningham-Flood and Shahida Yasmin were all nominated for prizes at the Student Nursing Times Awards which celebrated the achievements of those who have excelled in their studies and displayed outstanding commitment to their chosen profession.

Head of programmes for pre-registration nursing at Kingston and St George's Faculty of Health, Social Care and Education Karen Elcock said the achievements of the trailblazing trio demonstrated the quality of tomorrow's nurses. "Nursing has been under the spotlight in recent months, but these awards highlight how many exceptional students there are entering the profession," Ms Elcock said. "For Kingston and St George's to have three people shortlisted for three separate categories demonstrates not only the calibre of our students, it also shows that nursing as a profession has much to celebrate."

Kate Cunningham-Flood was nominated for the award for best contribution to practice placement by staff at Epsom neonatal unit, where she did her work experience. Despite a childhood fear of blood, the 40 year old from County Waterford in Ireland decided she wanted to become a nurse after working as a carer for children with complex needs living in the community. Senior lecturer Mary Brady said Kate had all the attributes to become an excellent nurse. "Kate is a mature, caring student whose compassionate and thoughtful nature shines through," Ms Brady said. Now in the final year of her degree, Kate hopes to get a job as a children's nurse once she qualifies. 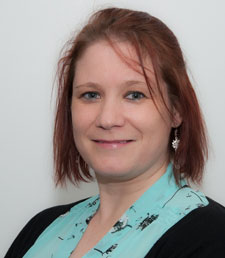 Sonia Easton, from Newport in Gwent, decided to return to education to train as a nurse after more than 15 years' working with people with learning disabilities. The 38 year old, who will qualify this year, was nominated for the learning disability nurse of the year accolade. Senior lecturer Penny Smith said Sonia had a keen desire to promote nursing as a profession and did so whenever she had the opportunity. "She has joined many networks and has become a learning disability nursing awareness champion for the website LearningDisabilityNurse.com - a voluntary role which aims to promote this area as a career option," Ms Smith said.

Meanwhile, Shahida Yasmin's innovation saw her nominated for most inspirational student nurse of the year. The 20 year old from Cambridge, who set her sights on becoming a nurse while at sixth form college, was put forward for the award after coming up with the concept for a hospital bedside table that could help doctors and nurses monitor food and drink intake for patients at risk of dehydration or malnutrition.

The three Kingston and St George's students joined almost 400 of the cream of the country's future nurses at the awards ceremony in central London on 1 May.