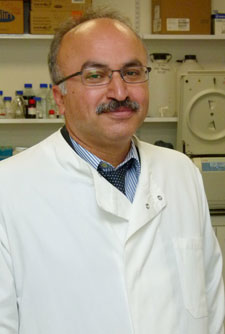 Patients with bowel cancer - the third most commonly diagnosed form in the United Kingdom - could enjoy increased survival rates as a result of a new study led by an expert from Kingston University. Professor Helmout Modjtahedi is heading an investigation examining why some tumours are hard to treat and how they can be targeted with the most effective therapies.

During the study, specimens from patients with tumours of the colon or rectum, known as colorectal or bowel cancer, will be examined for biomarkers - proteins on the surface of cells. This would help pinpoint which individuals were most likely to benefit from specific therapies, particularly two new antibody-based drugs, Professor Modjtahedi said. Since the drugs cost tens of thousands of pounds a year, targeting their use would help health authorities reduce expenditure, while patients who would not benefit from them could be spared the trauma of unnecessary treatment and offered an alternative therapy instead.

The researchers are aiming to demonstrate which patients would respond to specific treatments by developing a diagnostic test by the end of the study. "This is something that will have a huge impact, not just for colorectal cancer sufferers, but also for people with other types of cancer such as lung, breast, or head and neck cancer," , Professor Modjtahedi said. "This is because these patients may also be treated with antibodies or small molecule inhibitors targeted at the antigens under investigation. We hope our far-reaching investigation will improve patients' lives as well as helping health authorities direct their resources where they are most needed. We anticipate our work will play a significant role in the response, survival and cure rates for patients."

The two-year study, due to conclude in April 2015, has attracted £107,000 in funding from cancer charity BRIGHT (Better Research into Gastrointestinal Cancer Health and Treatment), based at St Luke's Cancer Centre at the Royal Surrey County Hospital in Guildford. 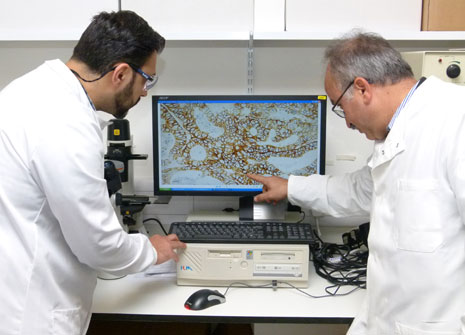 Colorectal cancer is hard to treat in the majority of cases. People diagnosed at an early stage have a good survival rate - 90 per cent after five years - but this figure drops to 68 per cent for those detected at an advanced stage and just 10 per cent where it has spread to other parts of the body. In the United Kingdom it is the second most commonly diagnosed cancer in women and the third in men - responsible for around 19,000 deaths a year.

Professor Modjtahedi has been a specialist in cancer biology at Kingston University since 2007 and has amassed more than 20 years' research experience. His most recently-completed study in the laboratories at Kingston University, also funded by BRIGHT, found that some colorectal cancers had more than one marker and therefore needed more than one drug or combination of drugs to treat them. That three-year probe also looked at the reasons patients sometimes responded to treatment in the early stages only to suffer setbacks when the drugs subsequently stopped working.

The current study will follow on from this, exploring in more detail why some patients' cancers develop a resistance to treatment and how this can be overcome. It will also aim to identify some of the biomarkers that will allow doctors to select which drugs will benefit which patients.

The biomarkers Professor Modjtahedi and his team are focusing their attention on come from a family known as epidermal growth factor receptors (EGFR). In patients with a high level of EGFR, cancer cells can divide more rapidly - escalating the disease and making it harder to treat. The team has already developed antibodies capable of blocking the actions of EGFR and detecting such proteins in tumour specimens from patients. 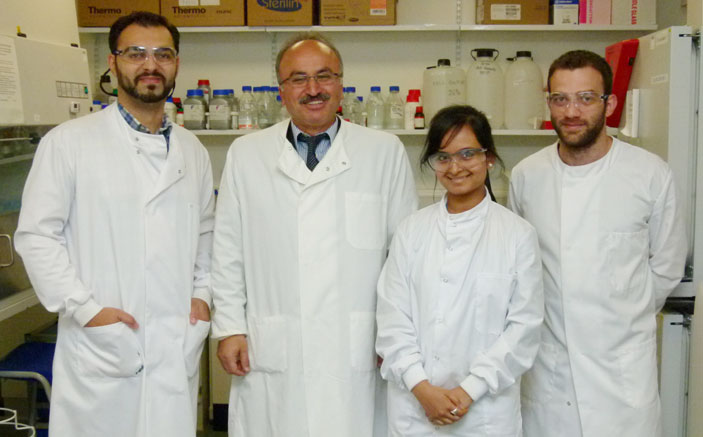