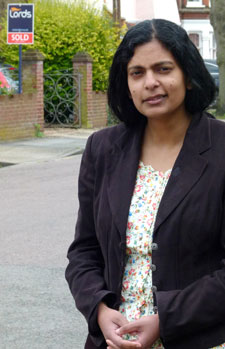 Kingston University sociology lecturer Dr Rupa Huq has launched a new book which lifts the lid - and draws back the net curtains - on the hitherto uncharted world of today's suburban Britain.

The book, On the Edge: The Contested Cultures of English Suburbia, tells the story of the English suburbs, which the writer believes is a greatly neglected subject. It argues that the stereotypical depiction of suburbia as little more than rows of twee Acacia Avenues - or less fondly as a place of stifling conformism and stagnation - is now hugely wide of the mark. The suburbia of 2013, it contends, is a place full of diversity and conflict.

"Successive governments have had policy initiatives aimed at tarting up the inner cities, but the suburbs are wrongly seen as unproblematic and self-sufficient," Dr Huq said. However suburbia was more interesting, complicated and dynamic than it has been given credit for and should be taken more seriously by government and sociologists, she explained. One hundred years on from their formation the suburbs were not wearing well, with plenty of boarded-up high streets, decaying infrastructure and inadequate transport. "But four out of five of us live in suburbs now, and, crucially, the next election will be won and lost there because the suburbs are where all the marginal seats are," Dr Huq said. "Politicians and policy-makers ignore that at their peril."

The book was launched at a recent reception at the House of Commons, chaired by the historian and Labour MP Tristram Hunt. It begins by tackling the day the sirens came to suburbia in 2011 when riots started on the usually much safer streets of Ealing and Croydon. Dr Huq described the riots as a jolt to the suburban dream, and said it also gave the lie to the idea that nothing happens in the suburbs.

The book does not shy away from the difficult issues with one chapter focusing on extremism, including activity by the far-right British National Party (BNP) in some suburban areas. "On the surface Dagenham's huge Becontree council estate is a quaint place where everyone has a little house with a home and a garden," Dr Huq said. "But it had an unusually high BNP vote in the 2005 general election and 2006 local elections. The BNP became the official opposition, second to Labour." New groups such as Ghanaians had moved in, she said, attracted by the relatively inexpensive housing, and there was a perception that there was not enough resource to go around, which was when the BNP tended to thrive.

Dr Huq argues that the pressurised environment of the modern housing market is also making suburbia increasingly unobtainable, particularly in London. "One classic image of suburbia is of the wife at home in the suburbs with the kids," she said. "But nowadays, even to buy a modest property in the suburbs, two incomes are required."

Dr Huq has a second book on the subject of suburbia coming out in June, Understanding Suburbia through Popular Culture. It will examine the way suburbia has been depicted in everything from Terry and June to Desperate Housewives. 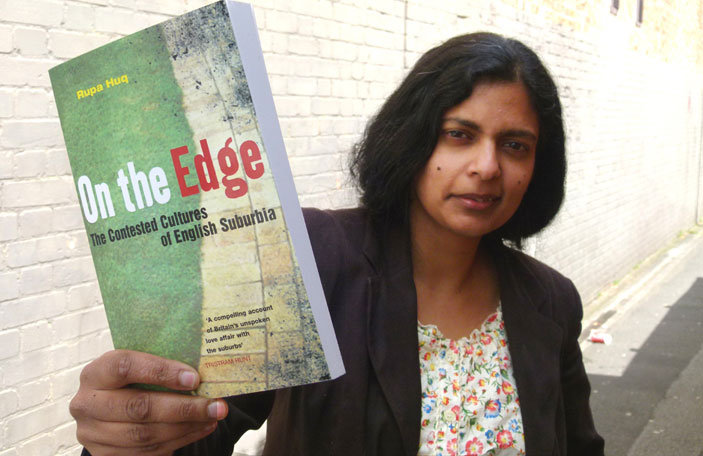