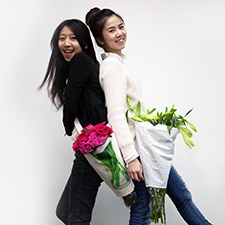 Kingston University is leading the way with its entrepreneurial expertise, producing the most graduate start-up companies of any higher education institution in the United Kingdom for the fourth year running. Figures just released show Kingston helped its business-minded alumni get 201 companies off the ground during 2011-12, up from 179 the year before.

The Higher Education - Business and Community Interaction Survey: 2011-12 also reveals that Kingston University-supported start-ups have the equivalent of 2,216 full-time staff on their books. The figure - an increase from 1,972 in the previous 12 months - is considerably more than for those launched with help from universities elsewhere.

In other categories, Kingston is rated second for graduate start-up turnover, with firms notching up a combined total of £30 million, rising from £27 million in 2010-11. Kingston also holds the second highest spot in the United Kingdom for the total number of start-ups it has launched over the years, with the figure now sitting at 544.

Vice-Chancellor Professor Julius Weinberg said it came as no surprise that Kingston had seen off stiff competition from universities across the country to secure the top spots in the survey's graduate start-up analysis. "Kingston University has long been a driving force in fostering innovation and has a strong track record in nurturing and supporting budding businesses and small and medium enterprises across the region," he said. "We are committed to equipping our students and graduates with the knowledge and skills to create new businesses, new jobs and wealth - exactly what the country needs in a time of recession. This new generation of entrepreneurs will be a pivotal part of Britain's economy as it moves forward." 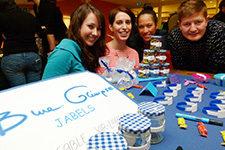 Head of Enterpreneurship Education Dr Martha Mador said a number of factors contributed to Kingston's start-up success story. These ranged from the breadth of subjects at the University - allowing students to acquire specialist skills in areas as diverse as art and design, technology and engineering - through to its location close to the business heart of London, inspirational mentors and the fact that activity was underpinned by the in-depth knowledge of academics at Kingston's Small Business Research Centre. "We are delighted that so many of our graduates have chosen enterprise at an early stage in their careers. It is a tribute to their creativity and courage that they are trying to build something new," Dr Mador added.

Enterprising Kingston students and alumni have been making their mark in the business world with a range of ground-breaking products. Nursing graduate Neomi Bennett has already notched up 11 awards after inventing a life-saving aid for people with mobility problems and has even been invited to 10 Downing Street to talk to Prime Minister David Cameron about her work. She developed the Neoslip while she was a nursing student at Kingston University and St George's, University of London and now sells the product around the world. 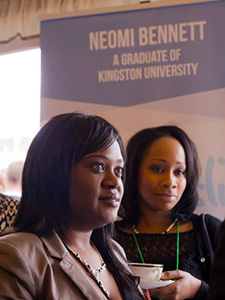 Neomi said support from mentors at Kingston University had been crucial in turning her invention, which consists of a slippery inner sock that helps users put on anti-embolism stockings, into a thriving business. "A major challenge was my lack of business knowledge but Kingston University's enterprise team filled in the big gaps," she said. "They talked me through all the basics - from invoicing to working with distributors and dealing with legal issues. It's amazing to think that the Neoslip has gone all the way from being an idea in an essay to being used and maybe saving lives in the United Kingdom, United States, Canada and Germany."

Neomi is not the only entrepreneurial Kingston student to have earned parliamentary praise. In a recent visit to tap into Kingston Business School's academic expertise, the Prime Minister's adviser on enterprise, Lord Young of Graffham, emphasised the important role that universities played in helping start-up companies flourish.

Lord Young, who spearheaded the launch of the new Start-Up loan scheme for under-25s in 2012, said he was particularly impressed with students from Kingston's MA Creative Economy programme. They swept the board in the latest WestFocus Bright Ideas competition, open to budding entrepreneurs from seven universities across London, clinching a grand total of 19 prizes. The Pozzy flower carrier and reusable labels for jars and boxes, dubbed Jabels, were just two of the innovations that caught the judges' eyes.

Elsewhere, a Kingston international business studies graduate is playing a driving role in a campaign to improve Government support for graduate businesses. Hushpreet Dhaliwal, 25, the chief executive of the National Association of College and University Entrepreneurs (NACUE), has joined forces with the University Alliance, which represents higher education institutions committed to innovation and enterprise, to call on the Government to boost funding and look at fresh ways to support graduate entrepreneurs.