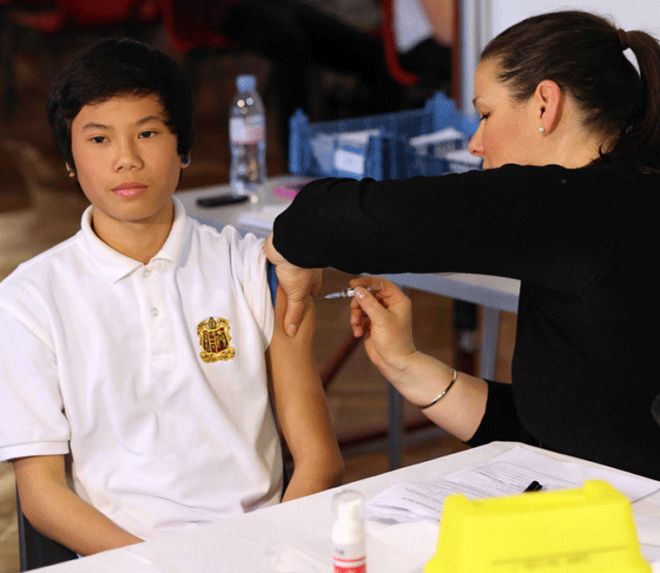 Gender-neutral vaccinations have been shown to reduce the incidence of life-threatening cancers. Professor Giampiero Favato of Kingston University has established that it is cost-effective to vaccinate males against the Human Papilloma Virus (HPV virus), overturning the outcome of previous studies and policies.

HPV is the name for a group of viruses that commonly affect the moist membranes of the body. High-risk strains of HPV can cause cervical cancer. Around 3,000 new cases are diagnosed each year in the UK - equal to more than eight women every day, of which two will eventually die. High-risk HPV infection can also lead to cancer of the anus (1,100 new cases per year) or penis (500 new cases).

Since 2008, the NHS has been focusing on a single group of individuals to prevent HPV-induced malignancies, by offering free vaccination to all girls aged 12 to 13. In 2010, Professor Favato joined a multidisciplinary research programme which aimed to assess the cost-effectiveness of a gender-neutral HPV vaccination programme.

Working with colleagues in public health, Favato's contribution was to develop a sophisticated economic model of the cost-benefit of the HPV research programme. A secondary objective of the research was to measure the Economic Value of Information (EVI), a parameter in decision analysis which tests the robustness of results by taking into account several dimensions of uncertainty. Inputs to the model were related to Italian clinical and cost data.

The study concluded that a gender-neutral vaccination, including both girls and boys aged 12 years, is cost-effective, as a result of the increased clinical benefits from herd immunity. Herd immunity occurs when a critical portion of a community is immunised against a contagious disease and the spread of the disease is contained. When the combined clinical benefits for both sexes were considered, the costs per QALY (Quality Adjusted Life Years) gained were below the established cost thresholds, indicating that the programme provides sufficient health benefits to justify its cost.

In particular, the research showed the following benefits of gender-neutral vaccination.

The EVI presented in the research (less than €13 per patient) implies that the economic model is more robust than previous models. This research was presented to the Italian Agency for Drug Approval (AIFA). As a result, the AIFA lifted its previous restriction of vaccination to females only and approved vaccination for males.

In November 2012, the Emilia-Romagna and Sicily regions of Italy introduced voluntary vaccination programmes for males under 26, with economic benefits amounting to €98.9m. In addition, Emilia-Romagna undertook the immunisation of HIV-infected males aged up to 26 living in the region. This programme provides immunisation benefits to a high-risk sub-population at a relatively modest incremental total cost of €40,273 per year.

Based on similar health-economic evidences, gender-neutral vaccination has also been recommended in the USA, Canada, Austria, and Australia. Australia became the first country to implement a comprehensive programme of vaccination to boys. This policy change is contributing to pressure on the NHS to extend vaccination to all adolescent boys in the UK. Aligned to the findings of this study, the Royal Society for Public Health is calling for all boys aged 12 to 13 to be offered the vaccine, in order to accelerate the protective effect of herd immunity. The Joint Committee on Vaccination and Immunisation, which advises the British Government on national immunisation strategies, noted that "alternative prevention strategies such as universal male vaccination should be evaluated".

Find out more about Professor Favato on his staff profile page.