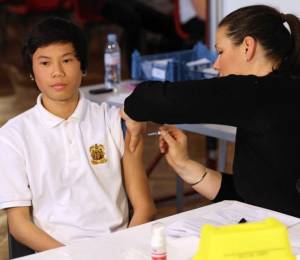 The HPV vaccine became available in 2006 and a policy was subsequently adopted by the National Health Service to vaccinate girls aged between 12 and 13 years. The rationale behind not including boys from the vaccination programme was threefold. First, the economic burden of cervical cancer was considered the highest among HPV-induced diseases. Second, boys were expected to be protected due to herd immunity by default, if enough girls were vaccinated against HPV. Third, excluding boys from the vaccination programme was considered cost effective. However, over the years, the medical community has advocated adding boys to the HPV vaccination programmes to reduce non-cervical cancers and potentially eradicate certain HPV variants.

Professor Giampiero Favato and his team questioned the hypothesis that early cost-effectiveness studies could have underestimated the costs of not vaccinating boys.

His research revealed that the herd immunity hypothesis did not reflect the complexities of human sexual behaviour. Additionally, factors such as international travel need consideration. The research also revealed that other types of cancers, such as throat cancer, affect both genders and can have a higher economic burden than cervical cancer. This research helped establish that the policy was inherently discriminatory. Now, the next step was to utilise this research to bring about a policy change.

In 2016, HPV Action, an advocacy group for a gender-neutral vaccination policy, reached out to Professor Favato and his team for support, because any major policy change requires reliable research-based data. Throughout the year, HPV Action drew on Kingston's research to demonstrate that men faced significant risks from the virus, and young adult males faced the highest risk. The HPV Action Campaign argued that universal vaccination was a fundamental matter of gender equality.
In 2018, Professor Favato's work led the UK to extend the HPV vaccination programme to boys. This change in policy is expected to prevent more than 50,000 cases of cancer in men by 2058.

The impact of this work is apparent in other countries as well.