Access for all to music and arts education is vital to foster intercultural dialogue, to promote the value of cultural diversity and to protect a thriving cultural legacy.

The ways in which music is able to convey meaning and to embody the identity of a particular culture has long been debated. Of current concern is the ways in which the translation of musical texts (be it scores, recordings, concert notes or performances) facilitates the accessibility agenda, fosters artistic dialogue in collaboration and generates an intercultural, interdisciplinary dialogue. Music speaks beyond its discipline and beyond a local context.

Dr Helen Julia Minors, of Kingston University, explores how the sense of music is able to be interpreted and transferred within collaborative artistic works (incorporating words and dance) across cultural and language boundaries. Her book, Music, Text and Translation, charts the interpretation of music, text and context in opera, musicals, art song, poetry, painting, sculpture and music television, with reference to issues of accessibility.

In collaboration with Lucile Desblache (Roehampton) and Elena Di Giovanni (Macerata), Dr Minors was awarded an Arts and Humanities Research Council (AHRC) Network Grant, under the theme, Translating Cultures. The project, entitled Translating Music, aimed to re-assess the transference of sense across media and across cultures with reference to the performance of opera and song.

Partnerships with the third sector and creative industries were central to this network, including contributions from the Royal Opera House, MTV, Action for Hearing Loss, English National Opera, and Deluxe Media. Events were held across London at the Institute of Musical Research, City University, Imperial College, and Europe House (European Commission), among others. The bid incorporated postgraduate and undergraduate music students in a performance event and with an administrative placement. 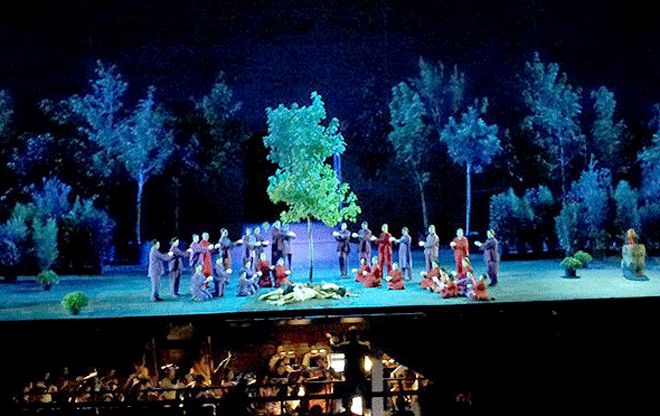 This project included a residency in Macerata, Italy, as part of the Sferisterio International Opera Festival, in which Translating Music offered touched tours for the blind/partially sighted and children, contributed to audio-described performances and documented the rehearsal process of a new multilingual, intercultural production of A Midsummer Night's Dream. Filmed interviews with the collaborative partners were made during the festival. Dr Minors' initial report was then presented at Europe House. Extended analysis identifying the value and breadth of intercultural arts performance is forthcoming in two book chapters for Routledge and John Benjamins Publishing.

Intercultural references and collaborative dialogue impact Dr Minors' musicological and practical work: her work on French music of the early twentieth century composed for dance and to words exposes how meaning is transferred across history via artistic gestures which become meaningful via their reuse and application across musics. Writing on the music of Paul Dukas, Erik Satie, Maurice Ravel, the writings of Marcel Proust, the poems-drawings of Guillaume Apollinaire, and the dance works of the Ballets Russes and the Ballet Suédois, she applies similar question and approaches to chart the transfer of sense across disciplinary, language and cultural boundaries within this specific historical period. 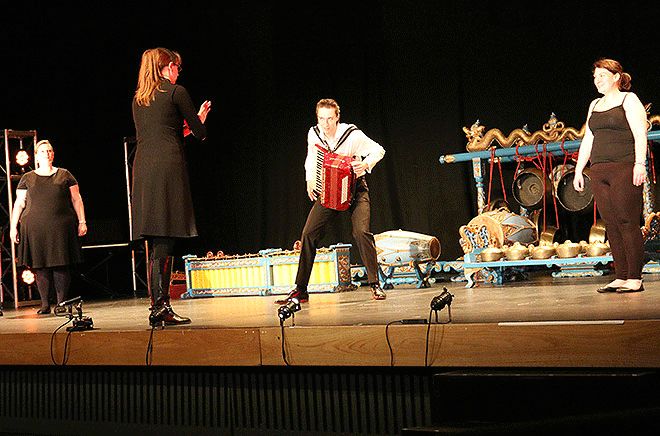 The notion that a conversation can occur across art forms, styles and cultural boundaries has been applied in Dr Minors' practice utilising the live composing sign language, Soundpainting. In collaboration with her student group (using research-led teaching) and in partnership with professional practitioners, Dr Minors is exploring how knowledge is transferred between artistic collaborators in the moment. She collaborated in performance with professional musicians, actors and dancers, as part of the Soundpainting Think Tank she hosted in 2013. She also contributed to the international Soundpainting Postcard Project, in collaboration with her students.

Keen to share knowledge from her recent AHRC project, Dr Minors is currently collaborating on a two year project Streets, run in partnership between the Royal Borough of Kingston upon Thames and the theatre company Serious, based in the Royal Borough. Moreover, she is working with colleagues in Sociology on a pedagogic grant, Taking Race Live 2, to challenge and expand diversity in the curriculum. Her next book, written with Martin Blain, charts how knowledge is transferred between researchers, practitioners and third sector partners.

Further information on Dr Minors can be found on her profile page.