The creative significance of nightclubs and their contribution to the evolution of design has received scant attention from design historians, the mainstream media and the public. Dr Catharine Rossi of Kingston School of Art has played a significant role in bridging this gap, bringing nightclub design to the forefront, and documenting the contribution of architects and designers in this domain. She has studied nightclubs in Italy, China, Hong Kong and South Africa, from the post-war period to the present day.

A key insight from Dr Rossi's research is that nightclubs, as design spaces that emerged after the Second World War, have been important sites of design innovation and central to towns' social-cultural fabric; they are also distinct from other leisure environments such as dancehalls and jazz clubs.

The impact of Dr Rossi's research is seen in design museums' programming and curatorial and collection practices. 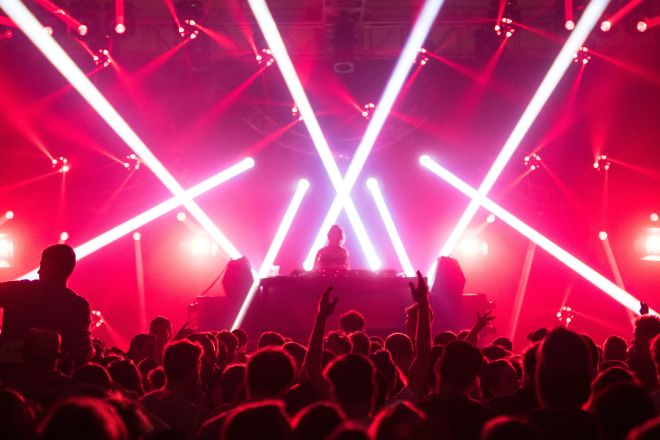 Major events and venues have invited Dr Rossi to curate installations and exhibitions, including Space Electronic: Then and Now for the Venice Architecture Biennale (2014) and Radical Disco (2015-2016) for the ICA in London. Radical Disco was the first major stand-alone exhibition of club culture and design in the UK. The ICA's Associate Curator, underlining the importance of Dr Rossi's research, noted: "Radical Disco was born out of Rossi's pre-existing research into post-war Italian design and architecture... [It] brought my attention to this little-known period of experimentation."

In 2018, Dr Rossi co-curated an international show for Vitra Design Museum (VDM), Germany, titled Night-Fever: Designing Club Culture 1960-Today. The exhibition toured to the V&A Museum in Dundee and internationally to Italy, Denmark and Australia, expanding its engagement with an audience of over 100,000 visitors. VDM, advised by Dr Rossi, enhanced the narrative and content to tailor to local audiences and histories of nightlife, leading to new research, the identification of additional exhibits and the development of supporting programme content.

Club design and culture are now new areas of activity in leading cultural institutions in Europe.

In 2017, the Villa Noialles in Hyères, France, staged an exhibition titled La Boîte du Nuit, directly referencing Dr Rossi's research, particularly her work on Radical Disco as "one of the most relevant and interesting work(s) we've based our research on."

Media attention in each of the exhibition locations has been significant, extending the dissemination of Dr Rossi's research: Radical Disco has featured in over 25 print and digital media platforms while Night Fever has received over 200 radio, television, print and online appearances in over 12 countries.

The exhibitions have also seen increased visitor figures at all their venues, with a considerable rise in younger audiences. Radical Disco received a fantastic response with more than 30,000 visitors and over 10,000 web page visits.

The impact of Dr Rossi's work is evident in changes to exhibition subjects, programmes and collection practices of renowned museums and galleries in Belgium, Denmark, France, Germany and the UK. The research has drawn significant museum and public attention to the importance of collecting, preserving and interpreting the material heritage of nightclubs.