A philosopher from Kingston University has established a new concept to justify the emotional responses of patients with brain diseases, contributing to changes to clinical practices and public attitudes.

To address this gap, Professor Catherine Malabou from Kingston University has introduced the concept of ‘destructive plasticity' as a counterpart to ‘neural plasticity' in patients with brain diseases. Her research has demonstrated that emotional indifference in these patients does not indicate a lack of emotions; instead, it indicates suppression of emotions due to this condition.

Through her work, Professor Malabou has challenged the existing practices of neuropsychiatry.

She has shown that psychotherapy is incomplete without incorporating the effects of destructive plasticity on emotional neural response. This has resulted in changes in clinical practices in several neuropsychiatric societies in the USA.

The New Centre for Psychoanalysis and Mental Health in Los Angeles, USA, treats more than 1,000 mental health patients annually. By incorporating Professor Malabou's methodology, their therapy has become more successful than conventional approaches in understanding the mental state of patients. A distinguished professor from the institute stated that the concept of destructive plasticity "continues to have a major impact on our clinical thinking and I am confident that it will have decisive and growing clinical relevance".

Professor Malabou's work has also impacted the perspective of cultural establishments and public attitudes towards patients with brain diseases.

In 2016, her work was used to frame an international art exhibition at the Musée d'Art Moderne des Laurentides, Quebec, Canada. Attended by 35,424 people, it showcased visual aspects of trauma, memory loss, emotional indifference and brain disease, educating the public about destructive plasticity and its influence on the personal and social life of patients. The curatorial practices of the Director and Chief Curator of the Museum were substantially influenced by the insights obtained from this exhibition, as he observed: "Destructive plasticity is definitely a life-changing concept at all levels: artistic, personal, collective, and social. We should stop hiding the tragic while curating".

Professor Malabou has delivered talks at the Public Forum on Artificial Intelligence organised by Radio France, Paris, and at the annual philosophy festival Forum Le Monde Le Mans, organised by the Editor-in-Chief of Le Monde Des Livres. She was interviewed by high-profile European television and radio programmes, including 'Agalma' (Swiss TV), 'A la Recherche de Soi' (ARTE) and 'Les Matins de la Philosophie' (France Culture), reaching a total of nearly 290,000 viewers and listeners. Between 2018 and 2019, Professor Malabou wrote a monthly philosophical column for the French newspaper Le Monde, on the destructive effects of torture, illiteracy, excessive noise and environmental and ecological crises on the neural responses of the brain.

Summarising the impact of her columns, the editor-in-chief of Le Monde stated: "Her implication is a testimony of how vital the collaboration between an important newspaper like Le Monde and intellectuals engaged in practical problems can be". 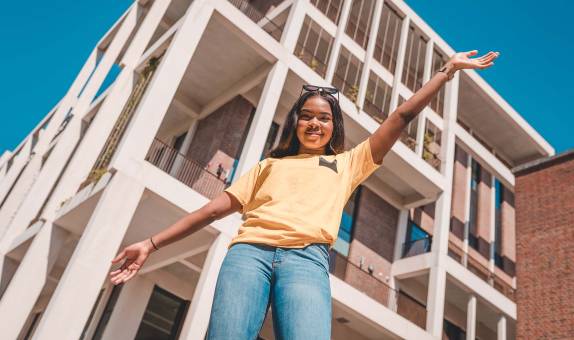