Children's underachievement in mathematics is a widespread and significant problem in the UK. Kingston University's Dr Van Herwegen offers an improved way to deliver numerical activities to preschoolers. 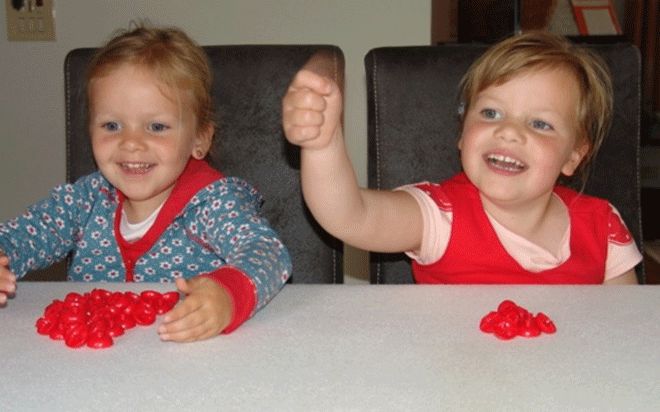 Recent reports by the Organisation for Economic Co-operation and Development (OECD) and others have shown that children in the UK are behind in mathematical achievement compared to children in Asian countries. One in five children in the UK leave school without reaching a basic level of mathematics, which impacts on the UK's economic growth. In addition, poor mathematical skills have a large impact on an individual's life quality in general.

Maths is more than just counting. To be good at maths you also need to know "where is more or less" very quickly. This is done by the approximate number system (ANS). Research by Dr Van Herwegen and others has shown that ANS problems in preschoolers are important predictors of later mathematical difficulties.

Drawing on this previous work, Dr Van Herwegen has designed games, called Preschool Number Learning Scheme (PLUS) games, which improve the ANS system in preschool children. Children's confidence in maths is boosted as they are reassured that "it's okay to guess". Her work has contributed to improvements in the way in which activities to improve numerical abilities in preschool children are delivered in local nurseries and preschool groups within the Royal Borough of Kingston upon Thames.

The improvement in delivery was achieved through the implementation of an intervention programme in which preschool children played the PLUS games on a daily basis for five weeks. To measure improvement, a controlled-study design was adopted.

The intervention group and control group were matched on IQ scores, and at the start and end of the intervention study, children's number and reading abilities were measured using standardised tests. This allowed direct measurement of whether the games used in PLUS improved children's number abilities. The data showed that children in the intervention group did indeed perform better on tasks that involved their approximate number system (ANS). There was also a significant improvement in their counting and mathematical abilities.

Dr Van Herwegen has trained staff and parents in various nursery settings on the implementation and use of PLUS games. This has allowed for institutional changes, with preschool settings adopting PLUS to deliver play activities specifically intended to support and develop numerical skill acquisition.

Since the original work in the Royal Borough, Dr Van Herwegen has been invited to provide training and expertise at various institutions and the PLUS games have now been used by various schools and a range of settings, including in Trieste, Italy.

Dr Van Herwegen has obtained funding from the Nuffield Foundation to pave the way for a trialled and theoretically-based training programme to be established in nurseries and preschools, for preschoolers at risk of mathematical learning difficulties.

Find out more about Dr Van Herwegen on her staff profile page.