Changing the representation of women in comic books and graphic novels 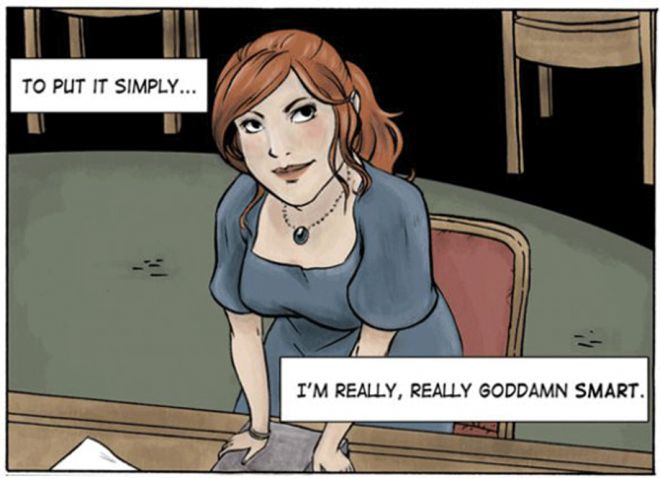 An induction session for new PhD students at Kingston University prompted the University's Professor Will Brooker to create his critically-acclaimed and influential project, My So-Called Secret Identity.

Brooker, known to the media as ‘Dr Batman' for his PhD on the Caped Crusader – which led to the monograph Batman Unmasked in 2000 – had completed his most recent book, Hunting the Dark Knight (2012) and turned his attention to the representation of women in the superhero genre of comics and graphic novels.

Dismayed at the limited roles for, and representations of, women in contemporary comic books, he shifted his focus from criticism to practice, and created a comic that suggested a different approach to writing, art and production. His starting point was Batgirl, originally a PhD student. Why shouldn't she be portrayed like the female PhD students at Kingston University – complex, confident, relatable, and intelligent – wearing a costume adapted from high street fashions, rather than skintight spandex?

With an almost entirely-female creative team, including his former Kingston University student Dr Sarah Zaidan, Brooker developed My So-Called Secret Identity, or MSCSI, as a webcomic. It was published in association with Geeked magazine in Autumn 2013, and following a successful Kickstarter that raised £10,000 in July 2014, is now a graphic novel.

My So-Called Secret Identity was widely praised in the national and international media, including The Guardian, Times Higher Education, Ms. magazine and Femina. Stylist magazine commissioned a new, bespoke two-page comic from Brooker and his team for a feature on women in comics, and Brooker discussed his project in two academic pieces for the journal Participations and Transformative Works and Cultures. His critically-reflective essay on MSCSI as research by practice is forthcoming in the anthology Crowdfunding the Future (Peter Lang 2015).

MSCSI was commended by industry professionals such as Mary Talbot, author of Sally Heathcote: Suffragette, Pat Mills, creator of 2000AD, and prominent artists and writers including Leah Moore, Lea Hernandez and the feminist comic book pioneer Trina Robbins, who confessed "I wish I'd written it." In May 2015, Bustle listed MSCSI in its top five female-centred comics, alongside best-sellers Thor, Saga and Lumberjanes. Brooker has been invited to speak about the project at a range of venues, including Rollins College in Florida, the Laydeez Do Comics and Making Herstory feminist organisations in London, and Brighton and Richmond Universities in London, in addition to the Cultural Histories research group at Kingston. 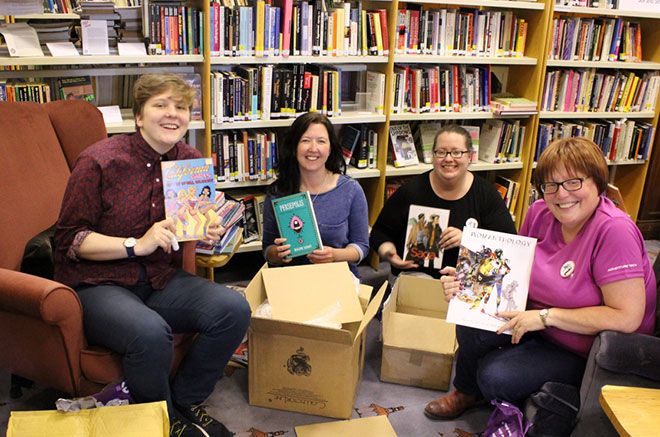 The graphic novel edition was first released at the Feminist Library in London in January 2015, accompanied by talks and an art workshop: it launched a year of monthly salons and raised funds for the library through an unprecedented attendance. Brooker has since donated a further £500 to the Women's Library in Glasgow from MSCSI funds, to buy a collection of essential feminist and women-centred comics and graphic novels; during 2012 and 2013, MSCSI donated to A Way Out, a charity for vulnerable women and children. A second launch was hosted at Kingston University, featuring talks by Professor Matt Hills and comic book writer Si Spurrier, and a third at the Society for Cinema and Media Studies conference in Montreal. MSCSI is currently on sale in shops including Orbital, Foyles, Gosh Comics and Piranha in Kingston, and through Geeked magazine's website.

Brooker pays artists, writers and assistants a professional rate, but takes no money from the project. All profits from book and MSCSI t-shirt and merchandise sales go to Geeked magazine's urban feminist collective, a process which has enabled it to relaunch its own publication and fund its participation in major conventions. Young writers, including British Asian, African American and transgender authors – one of them a Kingston University undergraduate – have also been invited to contribute stories to MSCSI, with full credit and pay: the project has offered them their first professional writing opportunities. 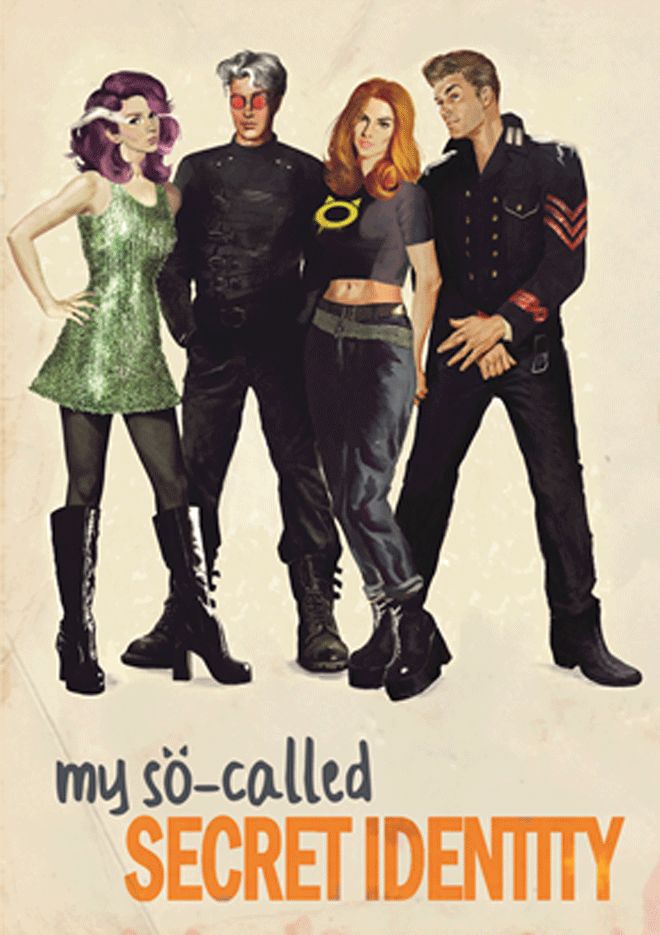 "My So-Called Secret Identity will change your view on women in comics," commented The Daily Dot. Since the first appearance of MSCSI, the representation of women in the superhero genre has altered significantly – a shift that some critics have attributed to Brooker's project. Tech Times commented in March 2015 that MSCSI "paved the way for female-led comic book series, as well as provided the necessary push for diversity (as well as practical costumes) in other female-led titles". The new, and highly successful, Batgirl title, first published by DC Comics in October 2015, has been noted as particularly similar to My So-Called Secret Identity.

Following the success of Volume 1, Brooker launched another Kickstarter to fund MSCSI Volume 2 in June 2015, featuring art by acclaimed professional artists such as John Higgins (Watchmen) and Marguerite Sauvage (Wonder Woman) alongside graduates from Kingston University such as Laura Callaghan, Jocie Juritz and Sarah Zaidan. This second volume, acknowledging that the mainstream industry has caught up with MSCSI, challenges and disrupts the genre's conventions further, and includes work by other authors, broadening the title beyond a single-authored narrative to an open franchise. MSCSI Volume 2, with art by Jennie Gyllblad and Samantha LeBas, will be published in 2016.

Find out more about Professor Brooker on his staff profile page.