Jonathan does himself justice

Jonathan does himself justice 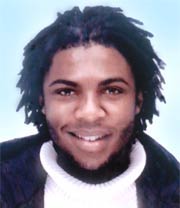 Student Jonathan Chibafa headed straight for the top when he decided to look for some up-to-date careers advice. To the astonishment of his course mates, he took matters into his own hands and a set up a meeting with Parliamentary Secretary Baroness Scotland at the Lord Chancellor's Department. The 20-minute slot, which involved an informal discussion over a cup of tea, turned out to be one of the highlights of Jonathan's three-months' work experience at the Government offices earlier this year.

Originally from Zimbabwe, Jonathan secured his high-powered placement in the heart of Westminster after being handpicked to join the Windsor Fellowship, a programme promoting excellence among students from ethnic minorities. He admitted the prospect of working within a stone's throw of the Houses of Parliament was a little overwhelming at first. "It was a bit daunting to think I was going to be based at such a prominent Government Department," Jonathan said. He soon settled in however and lapped up the lessons offered during his on-the-job training. "I was expected to assist with projects as varied as drafting changes to the Extradition Bill and developing the Department's communications strategy," Jonathan said. "Working alongside key advisers was really rewarding and I definitely intend to try to maintain that network of new contacts."

Jonathan has now headed back to lectures at Kingston's Law School armed with a far better understanding of the way legislation is prepared and legal policy formulated. There is only one topic of conversation on his course mates' minds though - the future barrister's meeting with Baroness Scotland. "It was definitely a high point for me. I told her about my aim to one day specialise in civil liberties and human rights and she was really encouraging about my goals, giving me some excellent advice," Jonathan said.

A former president of the University's Law Society, Jonathan plans to attend Bar School once he completes the last leg of his Degree studies. "I've always been intrigued about the way the law works and the role of lawyers within the system, particularly when it comes to putting the cases of people who would otherwise be unable to represent themselves," he said. "To me social justice is such an important aspect of freedom and the democratic process." Jonathan could eventually find himself having plenty of input into the whole process - his work placement bosses, keen to see him back on a permanent basis, have recommended that he applies for the Lord Chancellor's Department's graduate recruitment scheme.