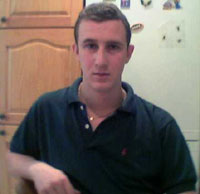 As a cross-country runner competing at national level, Oscar Battram always intended to go to a university renowned for its involvement in sport. But, after missing out on some of his predicted A-level grades, he found himself racing to rethink his original plans for higher education.

Oscar, now 20, was quick off the starting blocks, visiting the university that was his second choice on the day his results came out. He quickly realised he hadnâ€™t made the right decision and entered Clearing instead.

Oscar jumped at the chance to enrol at Kingston after coming for an interview and deciding it had a winning combination of location, facilities and teaching staff. He has now completed his second year of a business with French course â€œIâ€™m really pleased with how well Iâ€™ve done in the subjects Iâ€™ve chosen,â€ he said. â€œItâ€™s also been a big boost to be able to join the universityâ€™s talented athlete scheme, set up to support students competing at regional, national or international level.â€