University mourns loss of Board member

University mourns loss of Board member 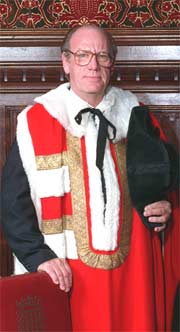 Lord Gladwin of Clee, a long-serving member of the Universityâ€™s Board of Governors, has died after an illness. A prominent figure in the Labour Party and the trade union movement, he will be remembered for his expertise in industrial relations, passion for politics and commitment to education.

Widely respected for his skills as a negotiator, Lord Gladwin began his trade union career in 1956 as an official for the GMB. His involvement included 20 years serving as southern regional secretary. He earned a reputation for exacting standards, which he applied just as rigorously to himself as to his colleagues. Lord Gladwin also served on the boards of the Rover Group and the Post Office Corporation, making a significant contribution through his extensive knowledge of industrial relations.

On the political front, Lord Gladwin was chairman of the Labour Partyâ€™s conference arrangements committee for several years. He was also a close personal adviser to a succession of Party leaders and became a peer in 1994.

Lord Gladwin acquired much of his own education through the trade union movement and, in return, made a major personal contribution to the sector as Chair of the Council of Ruskin College, Oxford. After joining the Kingston University Board, he served as a member of the Employment Committee where he played a key role in deliberations. Lord Gladwin also took a keen interest in the Universityâ€™s Studentsâ€™ Union, establishing training links with the GMB.

Pro Vice-Chancellor for External Affairs and Business Development Professor David Miles said Lord Gladwin had made a significant contribution to the University. â€œLord Gladwin brought all his experience, with telling effect, to bear on his work as a Governor. We will miss his humanity, wisdom and good humour,â€ Professor Miles said.