Research to keep the sea at bay

Research to keep the sea at bay 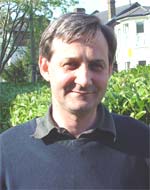 Kingston University is playing a key role in a joint study that could influence the way the British coastline is protected and preserved. Researchers are focusing on a vulnerable part of Romney Marsh in Sussex – an area with a history of severe erosion.

The Evolution of the Port of Rye project aims to shed light on natural landscape change, sand and gravel excavation, floods and sea defence building during the past 3,000 years.

Kingston environmentalist Dr Martyn Waller and colleague Dr Antony Long from Durham University are investigating how the build-up of sediment caused Rye to lose its status as a major seaport.

Dr Waller is carrying out fieldwork in the Sussex town and its immediate marshland and coastline to find deposits of peat. He is examining ancient pollen grains trapped in the peat to determine how the regionâ€™s plant life has changed over the centuries. He will also examine evidence from a major 13th Century storm that flooded and destroyed the settlement of Old Winchelsea, close to where Rye now stands. â€œMan has had a significant impact by reclaiming the marshland which has influenced tidal scouring. â€œOur job will be to trace what has happened to the land and what people have done to it during the years,â€ Dr Waller said.

The two-year study will help local council and heritage planners find ways to conserve Rye and its surroundings. It will also provide an insight into ways the wider British coastline can be protected for generations to come.

The project has attracted Â£115,000 from the Aggregate Levy Sustainability Fund and is approved by English Heritage. The researchers intend to publish their findings in March 2005.