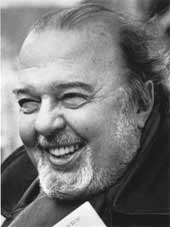 Drama students at Kingston University were treated to expert instruction when an internationally-renowned director made a guest appearance at one of their workshops.

The Universityâ€™s Chancellor, Sir Peter Hall, who founded the Royal Shakespeare Company, surprised students when he sat in on one of their classes. Sir Peter told the aspiring actors about the way he believed Shakespeareâ€™s production of Henry V should be performed. The former artistic director of the National Theatre also took part in group work and answered questions.

Student Jessica Wittert said Sir Peterâ€™s appearance at the workshop brought out the best in her coursemates. â€œIt was brilliant to work with him,â€ the 20 year old said.â€œHis presence was very inspiring.â€ Fellow student, 21-year-old Lawrence Speck, added that Sir Peterâ€™s advice had increased his self-confidence. â€œI felt I could ask him anything and he gave me some really good tips,â€ Lawrence said.

Drama field leader Frank Whately, who arranged Sir Peterâ€™s visit, said the workshop was a real eye opener. â€œIt seemed appropriate that one of the greatest directors of Shakespeare should sit in on a class about that very subject,â€ Mr Whately said. â€œThe students gained a tremendous understanding about how such works should be delivered from an actorâ€™s point of view.â€