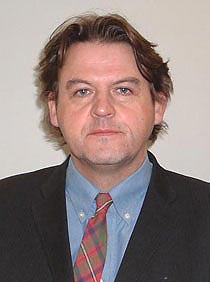 The University has appointed a new Head for the School of Education. Andy Hudson took up his post at Kingston last month. He replaces Dr Mary Bousted, who stepped down last July after being elected General Secretary of the Association of Teachers and Lecturers.

Mr Hudson was previously Head of Secondary Education at the University of Greenwich, a position he held since 2001. Prior to that, he served as secondary education course leader at the Institute of Education. He taught in secondary schools in London for 15 years before moving into higher education.

Mr Hudson said he was looking forward to getting started at Kingston. â€œMy time at Greenwich has left me with a sense of immense satisfaction. Its secondary education department has grown significantly in the past three years and is in excellent shape. I now feel ready to take on a new challenge with responsibility for a greater portfolio of courses and activities,â€ he said.

Kingstonâ€™s reputation as one of the United Kingdomâ€™s highest quality providers of initial teacher training was a key factor in Mr Hudsonâ€™s decision to accept the post. â€œItâ€™s an exciting time for teacher education in this country with the increasing number of new vocational courses on offer and links being established between schools and further education colleges,â€ he said. â€œIâ€™m hoping to expand existing areas of the School, such as its Foundation Degree and Doctor of Education programmes, while also exploring different ways to raise its international profile and develop new research activity.â€

Mr Hudson is well known in the sector in his capacity as a committee chairman with the Universities Council for the Education of Teachers (UCET). He hopes Kingston will benefit from the links he has established with other institutions in this role.

Deputy Vice-Chancellor Professor Caroline Gipps welcomed Mr Hudsonâ€™s appointment. â€œHis background and experience make him the ideal candidate to take on the leadership of the School,â€ she said.