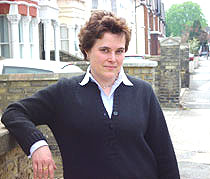 Kingston University has launched the countryâ€™s first research centre dedicated to the study of suburban life. Run by staff from the Faculty of Arts and Social Sciences, the Centre for Suburban Studies opened on April 23 when a panel of experts challenged traditional images of typical white families living in three-bedroom houses complete with well-kept lawns and picket fences.

Director of the Centre Dr Vesna Goldsworthy said the stereotype of snobbish suburban Britain was no longer accurate. â€œThere was a time when suburbanites were in the minority but that has changed. Now suburbia sprawls further and further out of cities, it is not so middle class and not so white. Here in Kingston we are perfectly placed to study the reasons for this. For example, New Malden has a large Korean community and nearby Southall has been transformed into an Asian metropolis,â€ Dr Goldsworthy said.

Issues of suburban identity were first brought into the public eye by BBC sitcom The Good Life, which made Surbiton in south-west London famous in the late 1970s. Now Kingston University is set to become a world leader in Suburban Studies as its Centre looks at suburbia across a range of disciplines including history, media and literary studies. Researchers will investigate the historical development of the suburb, its ethnicity, and fictional, media and film representations of suburban life. A comparative study of suburban space in different countries is also planned.

The centre would promote suburban studies as a new field of academic research, Dr Goldsworthy said. â€œIn this country, the city and the countryside have their interpreters and defenders, but suburbia is not really represented. We hope the establishment of this centre will go some way towards addressing issues differences between urban and rural ways of life and give suburbia a true sense of identity,â€ she said.

A debate on suburbia between a team of experts and a specially invited audience was the centrepiece of last weekâ€™s launch at the Universityâ€™s Penrhyn Road campus. Dr Goldsworthy and the eventâ€™s co-organiser Dr Chris French were joined by Kingston University colleagues Professor Gail Cunningham and Dr Trevor Keeble, Professor Elizabeth Wilson from London Metropolitan University, Dr Mark Clapson from the University of Westminster and Dr Rebecca Preston from Royal Holloway University of London. Academics and students from around the United Kingdom were given the opportunity to quiz the panel on suburbia-related issues.

The Centreâ€™s first one-day conference called The Good Life, featuring producers of the original TV series, is planned for September 24.