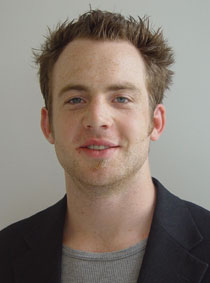 Inventive undergraduates have been engaged in battle in a project to design robot fighting machines for a major theme park. Specialist robotics manufacturer RobotsRus invited a group of second year design students to come up with concepts for its new game, Robbogeddon, being installed at Chessington World of Adventures. The product and furniture design specialists were also asked to devise a trailer able to transport a version of the game between other parks.

The students had six weeks to come up with solutions to the challenges posed by Andrew Cotterell, managing director of RobotsRus, and project partner Legolandâ€™s art and design director Justin East. Matthew Fenwick fought off stiff competition to clinch the Â£300 first prize for his combative creation called Legobots. The 21 year old said he had focused on ways to maximise the gameâ€™s entertainment value while ensuring a rapid turnaround of players. â€œMy concept gives competitors two minutes to build a robot from Lego before mounting it on a robotic combat vehicle, which they control. Pieces can be fitted together really quickly, so it could potentially be a very profitable venture,â€ he explained.

The health and safety of players and bystanders was a key consideration for Matthew. â€œLego pieces could go flying since the aim of the game is to flip opponents using the robotâ€™s extendable scoop, so I recommended building a thick perspex fence around the playing arena to protect onlookers,â€ he said.

Matthew also earned praise for his use of graphics on the mobile trailer. â€œI wanted to maximise the advertising opportunities it presented,â€ he said. â€œIn particular, I thought about how children aged between six and 12 would react if they saw the trailer on a motorway. Replicating a large piece of Lego seemed the most logical way to capture their attention.â€

Senior lecturer Jakki Dehn said that presenting work to the industrial clients had been an invaluable experience for her students. â€œBeing given the opportunity to test their ideas and, in some cases, have them accepted by leading product designers really gives their confidence a boost,â€ she said.