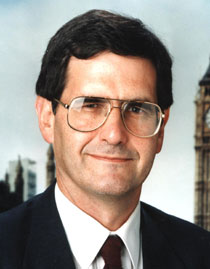 A senior University staff member is helping to spearhead the campaign to resurrect Britainâ€™s role in the United Nationsâ€™ Educational, Scientific and Cultural Organisation (UNESCO). Professor Richard Ennals, who is the Director of the Centre for Working Life Research, has been appointed to the provisional steering committee for the United Kingdomâ€™s National Commission for UNESCO. The committee has been created in a bid to promote Britainâ€™s return to the organisation after an absence of almost 20 years. The United Kingdom withdrew its membership in 1985 after then Prime Minister Margaret Thatcher came under pressure from American President Ronald Reagan.

Professor Ennals is Director of the Council for Education in World Citizenship, a co-founder of UNESCO. Last year he was appointed Deputy Chairman of the United Kingdomâ€™s UNESCO Steering Group, which makes recommendations to Secretary of State for International Development Hilary Benn. â€œIâ€™ve been campaigning for our return to UNESCO for the past 18 years so it is pleasing to be on the verge of achieving our long-term goal,â€ Professor Ennals said. â€œMy work championing UNESCOâ€™s cause will also help give Kingston University the international profile it deserves.â€

Professor Ennals recently met UNESCO Director-General Koichiro Matsuura in the lead up to this autumnâ€™s launch of the National Commission.