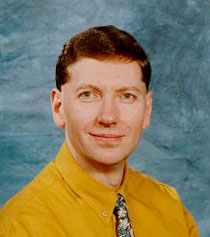 Kingston graduate Richard Sobey has been awarded an MBE. Mr Sobey, who completed a degree in geology in 1975, was recognised for his services to the United Kingdom oil and gas industry in the latest New Yearâ€™s Honours List.

An expert in hydrocarbon exploration and development, Mr Sobey has been a key figure in the discovery and establishment of many major oil and gas fields. He has held posts with industry giants and Government bodies, with career highlights including work on the Buzzard oilfield in the North Sea – one of the most significant offshore discoveries in recent years. Mr Sobey said he was proud to have received such a prestigious accolade. â€œI am delighted to have my 25 yearsâ€™ contribution to the exploration and production sector of the oil and gas industry recognised in this manner,â€ he said.

The former Principal of St Georgeâ€™s Hospital Medical School also featured in the New Yearâ€™s Honours list. Professor Robert Boyd was knighted for his contribution to medicine. During his time at St Georgeâ€™s, Sir Robert oversaw the development of the Faculty of Health and Social Care Sciences run in partnership with the University. He is now pursuing his research interests after retiring late last year.