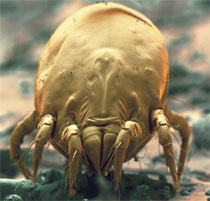 While children across the country are still trying to stick to their New Yearâ€™s resolutions to tidy their bedrooms every morning, building scientists are investigating whether clutter could actually be the key to healthier living. Dr Stephen Pretlove, from Kingston Universityâ€™s School of Architecture, is one of a group of specialists advising Britons to leave their beds unmade to banish house dust mites which cause asthma and other allergies. The scientists have discovered the mites cannot survive in the warm, dry conditions found in an unmade bed.

The average bed could be home to up to 1.5 million house dust mites, Dr Pretlove said. They were less than a millimetre long and could not be seen by the naked eye. â€œHouse dust mites feed on scales of human skin so they love to share our beds. The allergens they produce are easily inhaled during sleep and are a major cause of illnesses such as asthma,â€ he explained. The scientists have developed a computer model to track how changes in the home can reduce numbers of dust mites in beds. â€œWe know that mites can only survive by taking in water from the atmosphere using small glands on the outside of their body,â€ Dr Pretlove said. â€œSomething as simple as leaving a bed unmade during the day can remove moisture from the sheets and mattress so the mites will dehydrate and eventually die.â€ 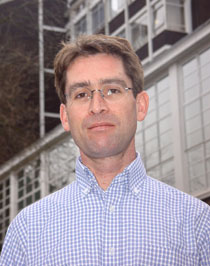 In the next stage of their research, the scientists are putting mite pockets into beds in 36 houses around the United Kingdom to test their computer model and will investigate how peopleâ€™s daily routines affect mite populations. Building features such as heating, ventilation and insulation will also be altered to monitor how the mites cope. â€œOur findings could help building designers create healthy homes and healthcare workers point out environments most at risk from mites,â€ Dr Pretlove said. The research also had the potential to reduce the Â£700 million spent on treating mite-induced illnesses, he added.

The two-year project has attracted more than Â£200,000 funding from the Engineering and Physical Sciences Research Council. Dr Pretlove is working alongside built environment experts from University College London and the University of Cambridge. Zoologists from Insect Research and Development Ltd and the Royal Agricultural College are also part of the project team.