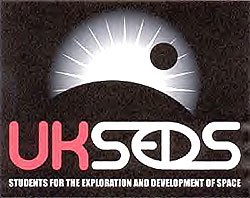 Aerospace and astronautics students from across the United Kingdom have furthered their knowledge of their specialist subject at a national conference hosted at the Kingston Hill campus.

More than 130 people took part in the event arranged by UKSEDS – United Kingdom Students for the Exploration and Development of Space. The volunteer organisationâ€™s 17th annual conference brought together leading industry figures, academics, students and enthusiasts for two days of wide-ranging discussions.

Space tourism, the size and scale of future manned missions and the possibilities of life on other planets were among the topics discussed by a series of guest speakers. Top billing went to European astronaut Roberto Vittori, who shared tales about his training and missions, including a recent assignment at the International Space Station. Looking to the future, Susan Newsam fromVirgin Galactic, the company established by Sir Richard Branson, discussed how the firmâ€™s spaceship-building programme could ultimately lead to affordable space tourism.

Master of ceremonies Tamsin Fountain, who is completing a degree in aerospace engineering and astronautics at Kingston, said the event also gave students interested in working in the space industry an excellent networking opportunity. â€œThe conference was a goldmine for enthusiasts seeking more detailed information and for those companies looking to recruit the space professionals of the future,â€ she said. The conference had covered subjects as diverse as physics, engineering, astrobiology and even insurance, she added.

Principal lecturer Dr Chris Welch said the University had played host to the UKSEDS conference twice in recent years. â€œItâ€™s no surprise this latest event was such a success given the genuine enthusiasm our aerospace engineering and astronautics students have for the subject,â€ he said.