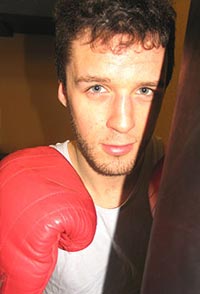 A prestigious boxing tournament proved to be just champion for Kingston University as two of its students walked away with gold medals.

The annual tournament, which features every university in the United Kingdom, also saw 19 year old Will Mallaby narrowly defeated in the semi-finals of the middleweight title bout.

Kingstonâ€™s boxing club coach Rob Peddie, a professional fighter in the late 1950s and early 1960s, paid tribute to the fighting spirit of his students. â€œThis is a major achievement for Kingston. The standard of the BUSA Championship was extremely high this year so these results show just how hard the boys worked to get themselves in shape,â€ he said.

â€œBefore we headed to Cardiff, I believed they all had plenty of potential, but until your fighters climb in to the ring you donâ€™t really know how theyâ€™ll cope with the pressure of performing in front of a big crowd. They definitely rose to the occasion, though, and Iâ€™m extremely proud of them.â€

Third year Sociology and Politics student Julian Morrow won his title by defeating George Valpularkis from Cambridge University in the final, after the referee stopped the fight in the third round. Callum Craven, a first year Biomedical Science student, had not boxed competitively before the tournament but outpointed Glasgow Universityâ€™s Joe Rosie in the final. Kingstonâ€™s boxing club president Will Mallaby beat Alex Madeka of Leeds in the quarter-final before succumbing to Oxford Universityâ€™s captain Tom Freije in the semis.

A security guard at the Universityâ€™s Kingston Hill campus, Mr Peddie trains students at the Universityâ€™s boxing club twice a week. He said he hoped to see the young fighters take their boxing to a new level. â€œI feel now that they can go on to box in other tournaments and Iâ€™d love to see an annual fixture against Oxford, for example,â€ he said. â€œThere is also talk of a national BUSA team being put together so Iâ€™d like to think our club will be representing Britain one day, competing against other university teams from around the globe.â€

Gold medal winner Julian Morrow said there was a great team spirit among the Kingston students. â€œYou are on your own in the ring but you know that the others are cheering for you. That camaraderie really spurred me on,â€ he said. Despite his success, Julian said that he has no desire to enter professional boxing and his real ambition was to become a teacher. â€œI love amateur boxing because it has a tradition of safety and sportsmanship,â€ he said. â€œAfter a fight everyone applauds both boxers. You donâ€™t always get that in the professional arena.â€

Boxing prowess is not restricted to male students at Kingston University. First year Law student Eva Piatkowska, 21, also travelled to Cardiff with the team but was unable to compete due to an administrative error made by the championship organisers. â€œEva is really talented,â€ Mr Peddie said. â€œShe was heartbroken when she couldnâ€™t fight in Wales but is one to keep an eye on for the future,â€ he said.