Research highlights need for better communication between managers and workers

Research highlights need for better communication between managers and workers 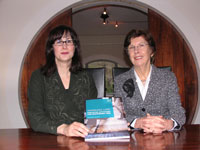 Managers must work far harder to improve the ways they communicate with their staff, an in-depth study conducted by researchers from Kingston University has found. Job satisfaction, stress levels and the impact of a growing culture of long hours have all been placed under the microscope by experts from the School of Human Resource Management in a quest to find out how businesses can enhance employeesâ€™ enthusiasm. The results of the Working Life: Employee Attitudes and Engagement study show a general lack of confidence in managers and demonstrate the need for organisations to do much more to ensure staff feel their voices are heard.

Commissioned by the Chartered Institute of Personnel and Development (CIPD) and completed with support from Ipsos MORI, the report provides a detailed picture of the factors that motivate workers in the 21st Century. Lead researcher Professor Katie Truss hopes it will steer businesses in the right direction as they strive to bolster staff morale. â€œEnsuring employees are passionate about their work has become the new management mantra,â€ Professor Truss said. â€œAfter all, employers need employees who actively participate as much as possible, because they are vital in promoting their organisation. Many companies, however, appear to be making fundamental errors preventing them from achieving that goal.â€

The research found employers were routinely failing to win the hearts and minds of their staff, meaning they were less likely to be emotionally involved with their work or willing to go the extra mile on their companyâ€™s behalf. Only one third of workers surveyed described themselves as passionate about their jobs and just 34 per cent trusted their senior managers and directors. The survey also revealed 37 per cent of employees had no confidence whatsoever in their managers, while a mere 13 per cent believed what they were told by their organisations. â€œIt was clear managers could do a lot to increase employeesâ€™ involvement by simply ensuring they were better informed,â€ Professor Truss said. â€œBusinesses that pay attention to this lesson stand to benefit from more dynamic and dedicated staff.â€

CIPD employee relations adviser Mike Emmott said the findings would underpin the development of improved guidelines for personnel professionals. â€œProductivity levels in the United Kingdom depend on employees feeling adequately supported and confident that their hard work is recognised and we now have further evidence to confirm that management communication is critical in ensuring this occurs,â€ he added.