Study set to prevent children slipping through the safety net

Study set to prevent children slipping through the safety net 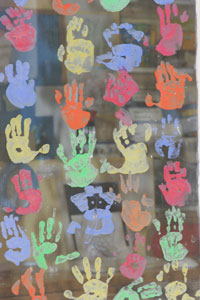 Research being undertaken at Kingston Universityâ€™s School of Social Work could have major implications for the future of child protection across Britain.Â  The Safeguarding Children: Conflicts of Interest for GPs project aims to explore the difficulties faced by doctors concerned about suspected neglect or abuse of children and young people. Jointly commissioned by the Department for Education and Skills and the Department of Health, the project has received Â£125,000 from a Â£2.25 million fund established in the wake of the death of eight-year-old Victoria Climbié in 2000.

More than 150 professionals linked mainly with two primary care trusts have already shared their views with the seven-strong research team. Head of the Universityâ€™s School of Social Work Hilary Tompsett, who is leading the study, said it aimed to identify the difficulties faced when doctors were responsible for treating both a child who may have been mistreated and the parent or guardian suspected of being responsible.

â€œVictoria Climbiéâ€™s tragic death following a prolonged period of abuse prompted renewed emphasis on early intervention to ensure children did not slip through the safety net again,â€ Mrs Tompsett explained. At the moment, family doctors often had to contend with the ethical dilemma of assessing children who might be at risk while maintaining relationships with parents or guardians. They were also required to comply with a myriad of protocols set down by official bodies such as the General Medical Council, the British Medical Association, the Royal College of General Practitioners and Government departments. â€œThese guidelines are generally good in theory but donâ€™t always help with complex assessments of neglect or parenting problems They also donâ€™t outline why critical communication with other health professionals and organisations such as social services, schools and the police does not always happen,â€ Mrs Tompsett said.

The Safeguarding Children project, which also draws upon expertise from St Georgeâ€™s, University of London and a national expert steering group would lead to a better understanding of the issues faced by all agencies involved in child protection, Mrs Tompsett said. Since it commenced last May, questionnaires had been sent to 480 GPs asking them to share their experiences of dealing with children at risk, highlighting approaches that worked well and outlining any problems and conflicts they had encountered. A series of follow-up interviews had been undertaken with GPs and a range of stakeholders including health visitors, social workers, psychiatrists and teachers. Two focus groups including parents and young people were also underway.

Recommendations for good practice were being developed drawing on views of a group of experts using the Delphi technique to reach a consensus on the complex issues surrounding safeguarding children, Mrs Tompsett said. The first stage had already been completed using fictitious case studies to explore panel membersâ€™ views and experiences. Later phases would include discussion with GPs on the research findings, followed by evaluation and agreement on the best ways forward in the future.Â

A final report is due to be presented to the Government in December. â€œAt the end of the process we hope to have distilled all the information gathered into a practice guide that will assist doctors rather than giving them another set of rules to follow,â€ Mrs Tompsett said.

Government officials and leading childcare organisations have already acknowledged the importance of the study, with the Childrenâ€™s Commissioner for England, Professor Sir Albert Aynsley-Green, expressing a personal interest in examining the conclusions.