Conservationists at Kingston University are stepping up efforts to improve the environment by embarking on a major tree planting campaign at one of its campuses.

Three hundred saplings and 10 heavy standard oaks will be planted in woodland at the Universityâ€™s Kingston Hill campus near the border with Robin Hood Primary School this month. A 250-year-old oak tree, which blew down on Coombehurst lawn during Januaryâ€™s gales, has also been salvaged and transformed into a bench. The gap left by the tree will be filled by a pin oak, planted in memory of University caretaker Jim McGinty, 60, who died in January. 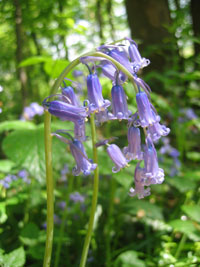 Plans are also afoot to clean out Coombehurst pond with the help of students and members of the British Trust for Conservation Volunteers. Senior lecturer at the School of Earth Sciences and Geography Colin Ryall said the pond was dry for much of the year so it did not support as much wildlife as it could. â€œWe need to clear the silt out, cut back rhododendrons from around the edge and introduce some native water plants to encourage the pondâ€™s amphibian population,â€ he said. The work is due to be carried out this autumn.

The projects are part of the Universityâ€™s five-year action plan to protect woodland and wildlife at Kingston Hill, which is a designated conservation area. Contractors ISS Waterers have been employed to carry out general management work, including tending to trees in poor or dangerous condition, thinning the woodland to stimulate further growth and tree replanting. Any branches and trunks removed in the process are left stacked on the site to attract insects and wildlife.

Grounds manager Brian McIlroy said that the University liaised closely with Kingston Vale residents and Kingston Council in order to preserve and improve the environment on campus. â€œWeâ€™re working hard to protect the trees and ensure the woodland matures properly,â€ he said. â€œThrough regular maintenance, weâ€™ve allowed more space and light so that the trees flourish to their full potential.â€

Students have been quick to take advantage of the greenery on campus. â€œItâ€™s lovely sitting out here on a sunny day between lectures,â€ said Rachel Strong, 22, a third year music student. â€œItâ€™s great to be able to get back to nature after taking advantage of the best of modern technology during tutorials.â€ Second year music student James Ford, 20, added: â€œItâ€™s fantastic weâ€™ve got access to such an idyllic woodland setting even though weâ€™re studying at such a large university on the outskirts of London.â€

The conservation work has led to an increase in woodpeckers at the site and has also encouraged the growth of bluebells. Every year, pupils from nearby Robin Hood Primary School take advantage of the flora and fauna on their doorstep and visit the campus for nature classes.

â€œWhat weâ€™re doing sends a clear message to the local community, students and staff that Kingston University genuinely cares about the environment,â€ said Mr McIlroy. â€œWeâ€™re extremely fortunate to have such a green and leafy campus, which is a beautiful setting for staff and students, whatever the season. We are determined to preserve this, not only for people currently at the University to enjoy, but also for future generations.â€