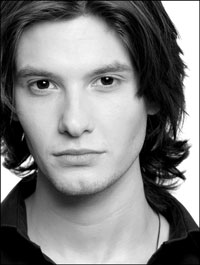 A former Kingston student is poised for Hollywood stardom after scooping a major film role in the blockbuster Narnia series. Ben Barnes, 25, has been picked to play the title role in The Chronicles of Narnia: Prince Caspian, Disneyâ€™s Â£50 million sequel to The Lion, The Witch and The Wardrobe, after an exhaustive search by casting directors.Â  He is reported to have signed a three-film deal which will see him play the pivotal Prince Caspian role in two further movies, The Voyage of the Dawn Treader and The Silver Chair.

The Head of Kingstonâ€™s School of Performance and Screen Studies, Frank Whately, said Benâ€™s success had come as no surprise. â€œBen is an extremely able actor, very self confident and has the perfect look for the role,â€ Mr Whately said. â€œDuring his time at Kingston, he always stood out as being enormously talented. He was involved in a large number of productions, both as an actor and director. It is a tremendous thrill for the staff who taught him to see such a talented and accomplished student moving ahead so quickly.â€

Ben, who grew up in Wimbledon, studied English and drama at Kingston, graduating with first class honours in 2004. During his time at University he took the lead in the drama departmentâ€™s play Don Juan and was involved in many other productions, including Golden Age, Exposure and Zoo Story. He also had a brush with pop stardom in 2004 when he became a Eurovision hopeful with his band Hyrise.

Since leaving Kingston, Ben has toured with the stage production of Alan Bennettâ€™s The History Boys, in which he played roguish schoolboy Dakin. He will also be seen on the big screen later this year alongside the likes of Robert De Niro, Michelle Pfeiffer and Sienna Miller in the fantasy film Stardust as well as in independent film Bigga than Ben.

Prince Caspian is Benâ€™s biggest role to date and could see him gaining worldwide recognition for his acting talents. Filming has now started in New Zealand, where the filmâ€™s director Andrew Adamson confirmed that Benâ€™s casting as Prince Caspian had ended a long search for a talented lead for the film. â€œBen is a very accomplished young man,â€ Mr Adamson said. â€œHe came to us very late in the game and just blew us away. Heâ€™s going to be a great addition to the cast.â€

Movie-goers will have their chance to see Ben in action when The Chronicles of Narnia: Prince Caspian is released in May 2008.