Show makes me appreciate being a 21st Century child

Show makes me appreciate being a 21st Century child 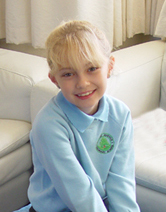 Going to see The Ragged Child made me realise just how lucky I am to be growing up in the 21st Century rather than in Victorian Britain. I expected the production to be quite happy and perhaps a bit like the musical Oliver, so I was surprised when the ending was shocking and incredibly sad. I think the play made me feel this way because I had really got to like and understand the main characters of Joe and Annie Cooper.

At first orphans Joe and Annie are very poor but surviving in London because they are both clever and able to look after themselves. Then Joe is accused of stealing and, after being framed by a wicked boy called Leary, is sent on a prison ship to Australia. They have more bad luck when Annie becomes very sick with consumption although Joe manages to escape when there is an outbreak of another disease called cholera on the ship. Fortunately a cobbler named John Giles and a gentleman called Lord Shaftesbury come to their rescue, setting up the Ragged Schools system and finding jobs for poor, homeless children just like Joe and Annie. Joe ends up becoming a real Ragged School star because he can read and write so well.

I could see that all the actors had worked extremely hard to make the play a success and I thought they acted and sang really well, especially the children. Xavier Velastin, the actor who played Leary, made him seem so sinister and aggressive that he gave me the shivers. Considering she isnâ€™t much older than me, I thought Anna Lancaster, who played Annie, was incredibly talented. She had a lovely singing voice that really made me feel sorry for her character. Harry Ashbee, who played Joe, was also very believable, but I felt more sympathy towards Annie because she was kind and loving whereas Joe was often angry and short-tempered.

I was amazed at how the actors managed to make London seem very real even though they didnâ€™t have much space on the stage or many props. I really learned a lot about what it must have been like to be very poor and hungry living in London in Victorian times.

I think children over the age of eight and adults who are interested in finding out more about 19th Century life would be really touched by The Ragged Child. It certainly made me appreciate my wonderful life so much more.


Warning: include(../../../../../includes/php/tonic/elements/press/contacts.php): failed to open stream: No such file or directory in S:\AlexLiveSite\news\archive\2008\april\09-Musical-recreates-rigours-of-life-in-Victorian-London\Show-makes-me-appreciate-being-a-21st-Century-child\index.php on line 41