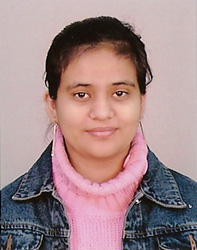 Student Pavneet Arora will always have a soft spot for her postman because he brought her a second chance when she thought her dream of going to university was about to be shot down in pieces. â€œI opened my A-level results but wasnâ€™t surprised to find they werenâ€™t as good as I had initially expected because Iâ€™d experienced a few personal problems during the previous two years while I was studying,â€ Pavneet explained. â€œThe very next day, though, the postman brought me a letter from Kingston University – which had been the final choice on my UCAS form – inviting students who hadnâ€™t perhaps thought about Kingston to call.â€

Pavneet went one step better and, following a hasty conversation with her parents, jumped into the car with them and drove the short distance from the family home in Wimbledon to Kingston. â€œTo be honest I was in a bit of a blind panic as I really wanted to go to university and my results meant it wasnâ€™t looking good for me so the letter from Kingston seemed like fate,â€ recalled Pavneet.

Once she turned up at the University she had an informal chat with a tutor from the Universityâ€™s faculty of Computing, Information Systems and Mathematics and, after producing her results, was offered a place on the Mathematical Science course. Â A few weeks into starting her studies in September 2006 Pavneet switched to the Actuarial Mathematics and Statistics course because she felt the skills she would acquire would give her greater prospects in the job market.

The hard-working student has barely looked back since. In July this year she began a yearâ€™s placement at GSK (GlaxoSmithKline) – the research-based pharmaceutical company – where she is currently working with statisticians analysing data from clinical trials.

â€œI am really loving my job at GSK,â€ said Pavneet, who has moved to Ware in Hertfordshire while working for the company. Â Although she will have one final year at Kingston after her placement year, Pavneetâ€™s thoughts are already turning to what career path she may follow when she graduates in 2010. â€œI quite like the idea of becoming an actuary for a bank or insurance company, possibly dealing in risk assessment,â€ she said.

Her spur of the moment decision to head off to the university she had originally placed last on her list of choices hadnâ€™t involved much risk assessment, though, Pavneet admitted. â€œYes, I suppose that could be seen as having been a bit rash,â€ she said. â€œIn the end, though, it couldnâ€™t have worked out better for me. I am really enjoying my course and Kingston is great for sport which is perfect for me as Iâ€™m a keen badminton player.â€

Students opening the dreaded A-Level results envelope only to be disappointed should not think it was the end of their university dream, Pavneet said. â€œIf you donâ€™t get the grades youâ€™d hoped for, donâ€™t panic like I did. Clearing provides lots more opportunities, so take a deep breath, think about what you really want to do and then take action. Your perfect course is out there waiting for you to find it.â€