Photos while you wait

Photos while you wait 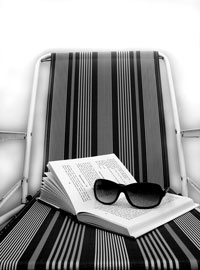 A dramatic vision of a deserted beach at night is among a new exhibition of photographs designed to help visitors to Kingston Hospital relax while they wait.

Kingston Calling includes around 40 images captured around the Royal Borough and beyond by photography students at Kingston University. In a joint initiative between the University and the hospitalâ€™s sexual health clinic, the students were invited to submit images for a competition, showing familiar scenes in a new light which would be suitable to hang in the Wolverton Centre.

The winning entry was a series of photographs of the Thames by Kelly Oxley, while Abigail Barnettâ€™s strikingly theatrical shots of chairs took second place, and the judges awarded a special commendation to Tom Laurance, 21, for his dramatic shot of a deserted beach. Tom, currently in his second year of a BA in photography, took the shot at night on Taba beach in Egypt. "I wanted to submit something striking from far away which would capture peopleâ€™s imagination and take them to a distant land," Tom said. "I took the image on a deserted beach in Egypt with a street light directly over my head, which helped create the effect."

Kingston Calling will hang in the hospitalâ€™s newly-renovated sexual health clinic, the Wolverton Centre, which opened to patients in November, for a year.  Alice Maude-Roxby, course director in the Faculty of Art, Design and Architecture at Kingston University, said that working on the project had been a marvellous opportunity for the students to find out what it was like to produce work for a specific location. "There was a lot of interesting dialogue about how images are interpreted depending on where they are seen, and what would, and wouldnâ€™t, be appropriate for that particular waiting room," she added. 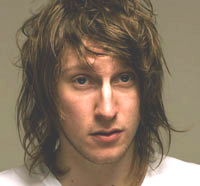 Dr Gill McCarthy, lead consultant in sexual health at Kingston Hospital, said the exhibition would enhance the experience of visiting the clinic. "The Kingston University photographers have helped bring some really positive, imaginative and creative imagery that has improved the clinic environment immensely for our patients and staff," she said.