Experts explore why screen heroes have kicked the habit

Experts explore why screen heroes have kicked the habit 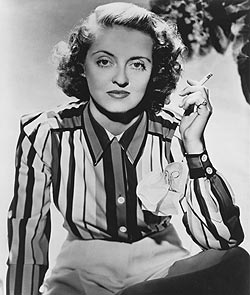 Hollywoodâ€™s heroes and heroines have been forced to stub out their cigarettes under pressure from the anti-smoking lobby, an international conference at Kingston University has heard. Dr Simon Brown, a senior lecturer at Kingstonâ€™s School of Performance and Screen Studies, told delegates that movie-makers had responded to the publicâ€™s distaste for smoking by banning the good guys in films such as Die Hard and Indiana Jones from lighting up. The only smokers left in modern-day cinema tended to be villains, he said.

Dr Brownâ€™s lecture, entitled Hollywood Addictions, was one of the highlights of a three-day conference exploring the way obsession and addiction are portrayed in film and literature. He contended that Hollywoodâ€™s love affair with the cigarette had come to an end, saying it was hard to imagine a modern-day film-maker producing a heroine like Audrey Hepburnâ€™s Holly Golightly, who was frequently seen with a cigarette in her hand in the 1961 film Breakfast at Tiffanyâ€™s.Â  â€œThe glamour days of the romantic smoking hero and heroine are long since past but, like a reluctant quitter, Hollywood will look back on its habit with fondness for years to come,â€ he predicted.Â

In Die Hard, Bruce Willisâ€™s unstoppable cop, John McClane, had blown away the bad guys â€œarmed only with his wits, a sense of humour and a packet of Gauloisesâ€. But in last yearâ€™s Die Hard 4, he seemed to have â€œlost his addiction along with his hairâ€, Dr Brown quipped. Likewise, Indiana Jonesâ€™s former lover Marion Ravenwood was allowed to puff away in the early Indy films but, in this yearâ€™s The Kingdom of the Crystal Skull, the heroine was not permitted to smoke – despite the fact it would have been commonplace in the filmâ€™s 1950sâ€™ setting.

During the past year all the major Hollywood studios had confirmed that they had anti-smoking policies, Dr Brown said. These days, apart from putting cigarettes in the mouths of the bad guys, smoking was generally only allowed when a film was set in a period when it was seen as â€œhip and unproblematicâ€, such as in George Clooneyâ€™s Good Night and Good Luck in 1950s America.

While Hollywoodâ€™s smoking ban reflected a change in public opinion, Dr Brown questioned whether the mainstream film industry was abandoning its freedom of expression to the whims of the majority. â€œWe are watching Hollywood react to smoking passing from socially acceptable to socially unacceptable,â€ he said. â€œFor years pressure groups have complained about violence in films or sex or swearing and the industry has resisted in the name of freedom of expression of the artist. Now Hollywood has to balance that freedom against societyâ€™s increasing hostility to smoking.â€

More modern-day forms of addiction also featured on the conference agenda. Dr Jason Lee, from the University of East London, told delegates that films such as K-Pax and Analyze This and television programmes including The Sopranos and The Jeremy Kyle Show reflected an addiction to the so-called â€œtalking cureâ€ in popular culture. â€œConfessional talk shows are still highly popular, despite one judge recently calling them bear-baiting. Even Big Brother, with its diary room, can be seen as talking cure confessional television,â€ Dr Lee said in his conference session Till Deaf Do Us Part. The talking cure had even permeated James Bond films, with one of his lovers referred to a psychiatrist in Her Majestyâ€™s Secret Service.

The conference attracted speakers and delegates from more than 20 countries.
â€œIt was unique in bringing together experts from psychology, sociology, media and other fields to look at how addiction and obsession is portrayed in the arts,â€ organiser Dr Andrea Rinke said.Â