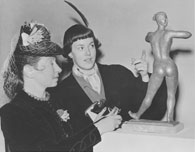 If celebrity magazines such as Heat and Hello had existed during the 1930s, Dora Gordine would have been in them. The flamboyant, ambitious aristocrat, who was friends with the rich and famous, was famed for her nude sculptures, stylish dinner parties and the exotic Art Deco house she designed. In 1938 Gordine was one of the first British artists to appear on the BBC in Picture Page, broadcast live from Alexandra Palace. But although she was acclaimed by critics as â€˜possibly the finest woman sculptor in the worldâ€™, and has four works in the Tate, few outside of the art world have ever heard of her.

Now, thanks to a Â£46,000 grant to Kingston University from the Heritage Lottery Fund, the public will have a chance to discover Gordineâ€™s art and peep into the eccentric artistâ€™s life. Dora Gordine, Sculptor Artist Designer will be the first major retrospective of her work, including exhibitions, workshops, talks and events, many of which will be free of charge and open to the public.

Still standing on the edge of Richmond Park, in South West London, Gordineâ€™s home and studio, Dorich House – which she named after herself and her husband, the Hon. Richard Hare – is now a museum, owned by Kingston University. Â Its curator, Brenda Martin, has spent four years putting the exhibition together. 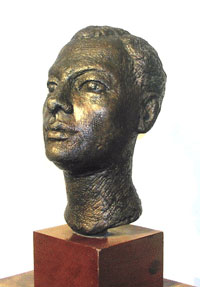 After Gordineâ€™s husband, a well-known scholar of Russian art and literature, died suddenly in 1966 she had spent the rest of her life as a virtual recluse in Dorich House and her work had largely disappeared from public view, Mrs Martin explained. "She was a charismatic, feisty, highly-ambitious sculptor who also had a real flair for architectural and interior design," she said. "Iâ€™m really excited that at last everyone – from the amateur art enthusiast to the most experienced critic – will be able to explore her fascinating life and career." Â Â Â Â Â Â Â

Latvian-born Gordine rose to fame in Paris during the 1920s, and her colourful life took her all over the world, including Singapore and China. After marrying Hare, an aristocrat, the couple settled in Kingston upon Thames, South West London, where she lived from 1936 until her death in 1991. When Gordine died without an heir, the coupleâ€™s house, which had come into disrepair, was offered to public ownership without success. Three years later, Kingston University stepped in with an ambitious Â£750,000 restoration proposal and the estate executors entrusted the house and its contents to the University.

Dorich House has since been lovingly restored to its former glory and includes Hareâ€™s impressive collection of 19th century Imperial Russian art, as well as Gordineâ€™s sculptures, paintings and furniture. 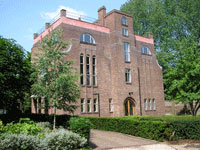 The exhibition will also include works by Gordineâ€™s contemporaries, including Jacob Epstein and Henry Moore. Dora Gordine, Sculptor Artist Designer will run from 11 February 2009 and be based at two venues – Dorich House (until 22 March) and Kingston Museum (until 2 May).