Award-winning architect builds on firm foundation as Head of School

Award-winning architect builds on firm foundation as Head of School 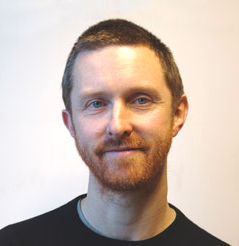 Daniel Rosbottom, 39, has joined Kingston University as Head of the School of Architecture and Landscape. Promising an exciting time ahead, he plans to bring plenty of dynamic creativity to the School.

The move marks a return to the fold for Mr Rosbottom, who was a lecturer at Kingston University from 2000-2004, during which time he established an internationally-recognised architectural practice with fellow lecturer and business partner David Howarth.
Mr Rosbottom believes that academic work and professional practice should be linked, rather than exist in isolation. â€œThe fact Iâ€™m a practicing architect is, I hope, a real strength for the School,â€ he said. â€œMy work is my research, and Iâ€™ll be encouraging students to see architecture within this wider context of design research. I work at all scales, from room to landscape, and Iâ€™m looking forward to making a contribution across both disciplines.â€

The start of the academic year has seen Mr Rosbottom initiate a research project with nearby London Borough of Croydon on the future of the â€œcity within a cityâ€ which will involve every student in the School of Architecture and Landscape, and will lead to a publication. He plans to teach and practice in addition to his management duties.

In 2005, Mr Rosbottomâ€™s London-based firm drdharchitects was placed second in the UKâ€™s Young Architect of the Year Awards and in 2007 was one of six practices chosen to represent London in an American Institute of Architectsâ€™ exhibition, at their New York Gallery.

In addition to his continuing professional work, he has wide-ranging academic experience, joining Kingston in August after four years as postgraduate academic director at London Metropolitan University. Mr Rosbottom said he was delighted to be back at Kingston. â€œThe Faculty of Art, Design and Architecture has just spent Â£1.5 million on its workshops, providing a fantastic resource for students,â€ he said.