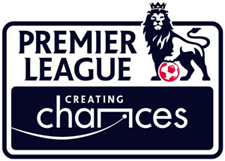 A project based at Kingston University is Â£4,000 richer after receiving a donation from Fulham Football Club and the Premier League as part of their Creating Chances Places for Players initiative, which will help young people in the London boroughs of Kingston, Richmond, Merton, Sutton, Croydon and Bromley.

The money will be spent on a Summer Sports Fair for sixth formers, who are currently studying vocational sports courses at colleges within those six London boroughs, to give them a taste of what it is like to study and play sport at University.  Elizabeth Lawrence, project manager of the Vocational Progression Scheme based at Kingston University, said the aim of the Fair was to encourage more sports students from families where higher education was not the norm to consider continuing their studies.  She plans to inspire them to aim high by using some of the cash to arrange a tour of Londonâ€™s 2012 Olympic sites. 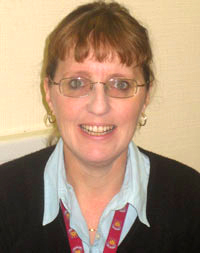 â€œWeâ€™re absolutely thrilled to be rewarded by the Premier League in this way,â€ Ms Lawrence said. â€œWe want vocational students to realise the fantastic working opportunities to be had in the world of sport, whether that involves being a sports agent, working behind the scenes at a stadium or indeed kicking a ball into the back of a net for a Premiership team.â€

The Premier Leagueâ€™s Places for Players initiative uses the power of football to engage children and young people in sport and programmes which address key social issues. Richard Scudamore, chief executive of the Premier League, said he hoped the Â£4,000 donations – which have been made to a number of groups around the country by the Premier League and member clubs – would help them continue their â€œfantastic workâ€.

â€œFootballâ€™s ability to inspire and engage communities is now virtually universally accepted,â€ Mr Scudamore added. â€œThe Premier League and our twenty member clubs are now working across a more diverse range of areas than ever, such as family learning, healthy eating, anti-social behaviour and tackling inequality.â€ There were 1.42million participants involved in Creating Chances activities during 2007/8.

The Vocational Progression Scheme, based at Kingston University, is part of the Governmentâ€™s Aimhigher initiative to widen access to higher education and the Summer Sports Fair will take place in July 2009.