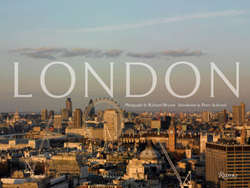 This month sees the publication of a pictoral tribute to London by Kingston alumnus and internationally-renowned architectural photographer, Richard Bryant.Â  The publication, entitled simply â€˜Londonâ€™, celebrates the Capital in a series of 185 photographs and marks the culmination of a project that has taken over Bryantâ€™s life during the past two years.
Bryant, who graduated from Kingston in 1973 with a degree in architecture, was commissioned to work on the project in 2006 by New York publishing house Rizzoli which describes the finished book as â€œa fitting love letter to a wonderful city with an unparalleled history and inimitable and tangible soul.â€

The book, which sees its launch on 23 October, takes the reader on a journey across the city from west to east, following the path of the River Thames through a series of images in an attempt to capture the essence of the city through its unique architecture and atmosphere. On a trip that takes in the London Eye and Houses of Parliament as well as Spitalfields with its streetscapes unchanged through the centuries, London aims to highlight both the distinctive beauty of the Royal Parks and the formal splendour of Whitehall. 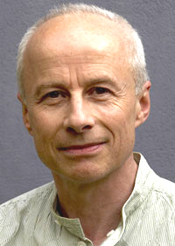 After stepping off the graduation ceremony platform in 1973 clutching his degree certificate in his hand, Bryant followed the traditional career path trodden by architecture graduates before him and joined a small firm of London architects. Soon, however, his colleagues – knowing he was a keen photographer – started pressing him for advice on architectural photography.â€œI suppose I did have more experience in that area than many of my contemporaries because my tutors at Kingston had allowed me to indulge my passion for photography,â€ Bryant explained.Â

â€œI was soon carrying out lots of projects for industry contacts and friends and it gradually dawned on me that architectural photography was my true calling. Since then, photography has gone from being a hobby to becoming my livelihood,â€ he added.

More familiar with working to a specific brief, London has afforded Bryant the perfect opportunity and freedom to stretch his imagination.Â  â€œSince living on Londonâ€™s doorstep while studying in Kingston, Iâ€™ve always been interested in the Capital visually but this is the first time Iâ€™ve worked on a project of this depth, even though it still only really provides a glimpse of the city,â€ Bryant said. â€œI hope the book encompasses Londonâ€™s heritage as well as its progress towards the future, looking at hidden remnants of forgotten buildings to groundbreaking contemporary architecture.â€

Now, one of the foremost architectural photographers in his field, Bryant is also a partner in image archive company Arcaid, which he set up in 1982 and runs with his wife Lynne, another Kingston graduate, who he met while studying for his degree. Â Arcaid supplies architectural and design images to an array of prestigious international clients including design studios and publishers.

On the eve of Londonâ€™s launch Bryant spoke about his photographic journey. â€œIt seems fitting that having travelled all over the world taking architectural pictures, Iâ€™ve now come back full circle to the place that was the springboard for my career,â€ he said.