Can â€˜greenâ€™ be the new normal?

Can â€˜greenâ€™ be the new normal? 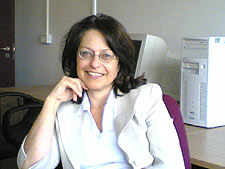 Last Wednesday, as environmental campaign groups were debating whether the Chancellorâ€™s much vaunted â€˜green climate budgetâ€™ was more than just hot air, a group of experts from manufacturing, retail, consultancy and academia were considering the green agenda from the consumer perspective.

More than 50 people packed into Kingston Universityâ€™s Dorich House museum on what – perhaps appropriately on Earth day – proved to be one of the warmest days of the year, to discuss the myriad of green initiatives springing out from Government, retail and manufacturing and to explore what impact, both positive and negative, these were having on consumers. 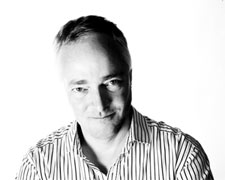 The conference was jointly organised by Dr Ruth Rettie, a researcher from the Universityâ€™s department for strategic marketing and entrepreneurship, and Chris Barnham from research consultancy Chris Barnham Research and Strategy. What had made the event different to other green conferences, according to Dr Rettie, had been the fresh perspectives thrown into the debating pot. â€œIt was fascinating to hear such diverse views as those from, for example, Louise Adams, from the successful fruit smoothie company, Innocent, compared with insights from Rachel Muckle from DEFRA – the Government department for environment, food and rural affairs,â€ she said.

Usually the academic and commercial worlds were situated in separate silos, Chris Barnham added, but this event had proved that the two could work together to influence environmental practice. â€œIt was immensely useful for academics and researchers, such as Dr Rettie, Professor Elizabeth Shove, from Lancaster University and me to have such a productive dialogue with sustainability specialists from the commercial world,â€ he said.

The conference wrapped up with a lively discussion with delegates quizzing a panel made up of academics and research consultants as well as representatives from Tate and Lyle and the BBCâ€™s Climate Change website, BBC Bloom. Subjects touched on included whether the Government was using social marketing techniques and if healthy food had become the new norm.

Tim Baker, co-founder of market research company, Touchstone Partners, who chaired the panel discussion, said the marriage of two different disciplines coming together to thrash out sustainability issues had made the conference invaluable. â€œIt was the most stimulating and thought-provoking green conference I have ever attended,â€ he said.

Following the success of this conference, the team would definitely be holding a similar event in two yearâ€™s time, Dr Rettie said. â€œI really hope that the issues, suggestions and perceptions we have talked about have moved on by then,â€ she added.

For more information about the Green Agenda conference and to see copies of the speaker presentation slides, visit the webpages at tinyurl.com/green-agenda-slides.

Key insights shared during the â€˜The green agenda: are we engaging the consumer?â€™

Paradoxically, we might be making it harder for consumers to take green activities on board because they are construed as being 'not normal'. We need to make the public think of â€˜greenâ€™ as just everyday activity – like recycling has become. The perception used to be that recycling was the province of â€˜tree-hugging greeniesâ€™ – but now it is just what â€˜normalâ€™ people do. – from the session with Dr Ruth Rettie, Kingston University and Chris Barnham, Chris Barnham Research and Strategy.

It is crucial for any commercial organisation to make their sustainable activities transparent, holistic and running through the whole ethos of the organisation. – from the talk by Louise Adams, Innocent.

We should not over-emphasise individual attitudes and behaviours. Instead we need to identify the practices that allow non-sustainable activities and behaviours to survive and thrive. – from the session by Professor Elizabeth Shove, Lancaster University.

Brands have a critical role to play in crystallising green activities and behaviour in a way that is accessible for consumers. – from the talk by Pete Askew, sustainable enterprise consultancy, Goodbrand & Company, London.

There is no conflict between high ethical standards and successful business. Changing our sugar to Fairtrade has provided BZ$7.5M, funding 11 projects in Belize to improve industry productivity and deliver social benefits – from the session by Julia Clark, Head of Marketing, Tate and Lyle.