Legendary sculptor returns to the limelight

Legendary sculptor returns to the limelight 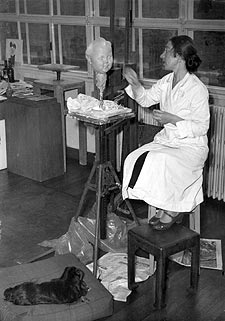 A major exhibition celebrating the colourful life and times of a woman once hailed as one of the finest female sculptors in the world has opened its doors. Being staged at two venues in the south west of the capital, the retrospective will lift the lid on sculptor, artist and designer Dora Gordineâ€™s creative genius and flamboyant personality, giving members of the public unparalleled access to her work at Kingston Universityâ€™s Dorich House Museum and nearby Kingston Museum. Dora Gordine: Sculptor, Artist, Designer will include an eclectic mix of the artistâ€™s own work alongside pieces produced by some of her high-profile contemporaries, including Henry Moore and Jacob Epstein.

Described as fearless, feisty and with a voice like Zsa Zsa Gabor, Latvian-born Gordine first rose to prominence in Paris during the 1920s. Known in her heyday as much for her love of the high life as she was for her phenomenal talent, Gordine travelled the globe before eventually marrying into the aristocracy and settling in Kingston upon Thames in South West London in 1936. She quickly established herself as a darling of the capitalâ€™s cultural set, famous for her nude sculptures and stylish dinner parties. All that changed, however, when her husband, scholar the Hon. Richard Hare died suddenly in 1966. Grief-stricken, Gordine withdrew from the social whirl of the capitalâ€™s arts scene to become a virtual recluse until her own death in 1991. 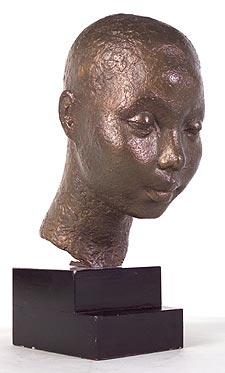 Partly funded by a Â£46,000 grant from the Heritage Lottery Fund and backed by the Henry Moore Foundation, Society of Portrait Sculptors and the Estonian Embassy, the retrospective Dora Gordine: Sculptor, Artist, Designer will feature almost 90 artworks from around the world. Kingston University design historian Brenda Martin, who has devoted more than four years to organising the exhibition, said it would serve as a long-overdue tribute to one of the most prolific creative talents of the early-to-mid 20th Century. â€œEven though Dora Gordine has works in the Tate and V&A archives, these days few people outside the art world even know her name, let alone the fact that she was a charismatic, feisty, highly-ambitious sculptor who also had a real flair for architectural and interior design,â€ Mrs Martin said. â€œItâ€™s a tragedy that after Doraâ€™s husband, who was himself highly respected as a scholar of Russian art and literature, died so suddenly her work all but disappeared from public view and she spent the rest of her life hidden away in her home on Kingston Hill. Iâ€™m really excited that Kingston University and Kingston Museum have been able to join forces to bring her enormous contribution to the art world and her fascinating life story back into the spotlight.â€Â 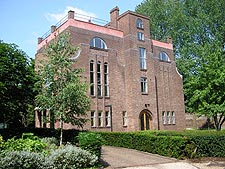 As well as letting visitors in on some of the secrets of Gordineâ€™s exotic lifestyle, the retrospective will give the public a chance to explore Dorich House, which Gordine designed, lived in and worked in until her death. Now owned by Kingston University, it has been lovingly restored to its former glory and awarded museum status. These days, it contains a treasure trove of Gordineâ€™s sculptures, paintings and furniture along with her husbandâ€™s extensive collection of 19th Century Imperial Russian art.